There was much excitement in Orlando this morning with the official opening of the Walt Disney Pavilion at Florida Hospital for Children. Hundreds were on hand to celebrate the occasion, which included a moving dedication ceremony featuring inspirational stories from former pediatric patients. 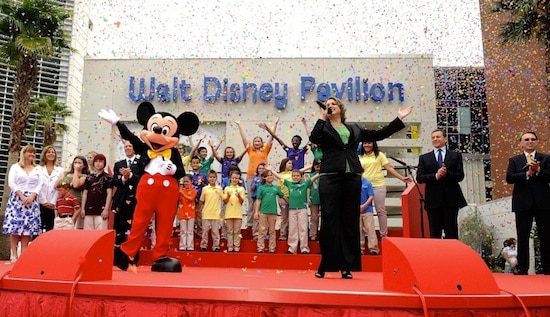 Bob Iger, president and CEO of The Walt Disney Company, and Tom Staggs, chairman of Walt Disney Parks and Resorts, toured the state-of-the-art facility and visited with children in the hospital’s interactive lobby. Designed by Disney Imagineers, the lobby features supporting characters from “The Lion King,” “The Little Mermaid,” “The Jungle Book” and “Brother Bear.” All seven floors of the hospital feature concepts, colors, sounds and themes inspired by these classic Disney movies. The welcoming, healing environment places young patients in the starring role. Take a look at the video to see some highlights.

The Walt Disney Pavilion at Florida Hospital for Children represents a $10 million commitment by Disney. In touring the facility, I was struck by how special and kid-friendly the place truly is. Great attention has been paid to the finer details. It is a truly unique environment for children in Central Florida who require medical care. Through its support, it’s just one more way Disney is helping make dreams come true for children in need.