Wildlife Wednesdays: Endangered Manatee Released; Another Arrives at The Seas with Nemo & Friends

Last March, we welcomed rescued manatee Jasper to The Seas with Nemo & Friends. Our hope was to be able to release him back to his natural habitat in about a year, after he gained weight and received medical care for cold stress. 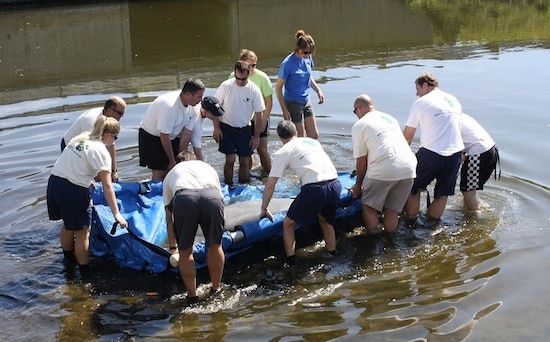 I am very pleased to report that Jasper did very well, and our Animal Programs team released him in the Indian River Lagoon on the Atlantic Coast of Florida on February 22. By that afternoon, we had received a report from the Florida Fish and Wildlife Conservation Commission that Jasper was cavorting with a group of 30 other manatees.

The same day, Animal Programs animal care experts brought another rescued manatee, Vail, to The Seas. Vail has been cared for in manatee rehabilitation facilities since he was injured nearly 15 years ago due to a watercraft strike. A portion of his tail paddle is missing – an injury similar to that of The Seas resident manatee, Lou. Vail became comfortable in his new habitat at The Seas very quickly – he had eaten 10 heads of lettuce within a couple of hours of arrival! 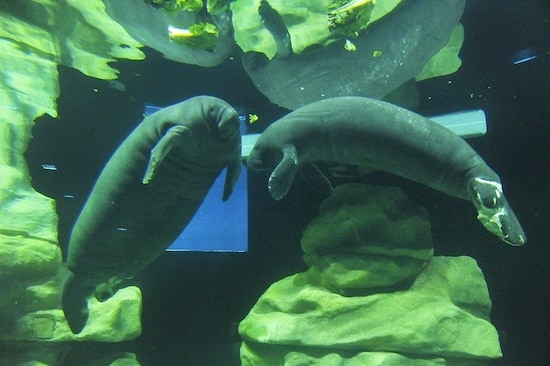 Guests can see Vail and Lou, shown here in a photo by Gene Duncan, when they visit Epcot.

With only 5,000 around the state, manatees are considered an endangered species in Florida. We are very proud to play a role in their rehabilitation. Disney guests also play an important role through their contributions to the Disney Worldwide Conservation Fund.