If you’re a huge fan of Disney pirates like me, chances are you can’t wait for the May 20 opening of “Pirates of the Caribbean: On Stranger Tides” and the return of Captain Jack Sparrow in a whole new adventure.

But you don’t have to wait until May 20 to experience new Disney pirates fun. Buccaneers of all ages can head to Adventureland at Magic Kingdom Park and New Orleans Square at Disneyland park to meet pirate Angelica, a new character from the upcoming film, who is available for meet and greets. 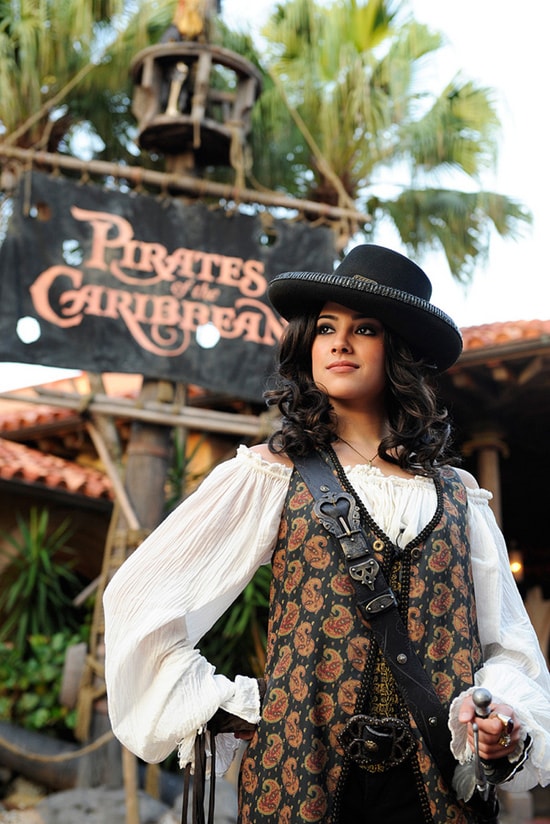 In the film, Angelica is the daughter of the famed (and feared) pirate Blackbeard – or is she? Skillful and cunning, Angelica has pillaged and plundered with the bravest pirates on the sea and is a true match for the likes of Captain Jack Sparrow. 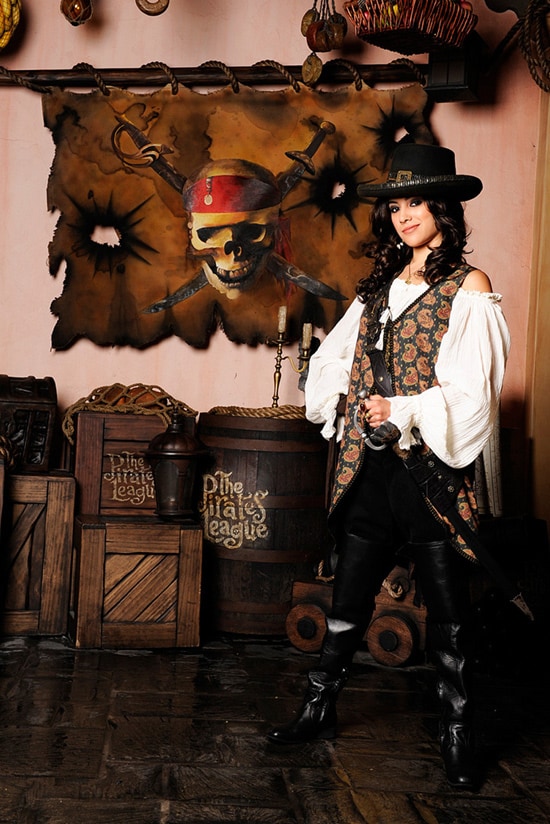 You can find her at her new headquarters adjacent to The Pirate’s League.