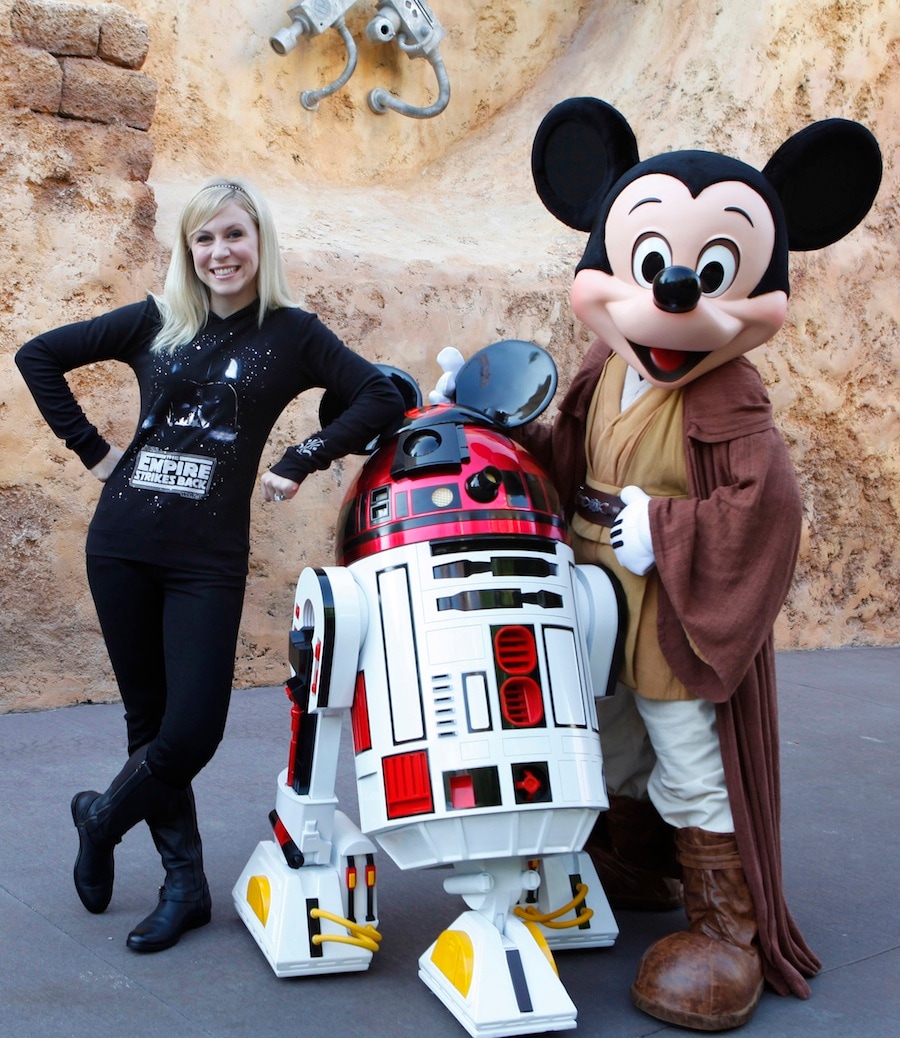 Once again, Jedi Mickey and Princess Leia Minnie will be joined by some of the brightest stars from the saga. Celebrity Hosts for the event this year are James Arnold Taylor (voice of Obi-Wan Kenobi in Star Wars: The Clone Wars) and Ashley Eckstein (voice of Ahsoka Tano in Star Wars: The Clone Wars). Ashley (seen in the photo above with R2-MK and Jedi Mickey) will host “Clone Wars: Behind the Force,” a closer look inside the popular animated TV series. James will present another event-first: he will star in a one-man show that showcases some of the many voices he has performed throughout his career, including those from The Clone Wars. Opening weekend will kick off the month-long event in grand fashion, as fan favorite Anthony Daniels (seen in the photo above at a filming session for the new “Star Tours – The Adventures Continue” attraction), who brought C-3PO to life and is the only actor to appear in every theatrical chapter of the Star Wars saga, will make a golden return to the event. Dave Filoni, the talented artist and supervising director of The Clone Wars, also will be a special celebrity guest for Weekend I.

And while the stars will shine, a galaxy-full of events, live shows, parades and activities also take place throughout the park during the month.

From the special “welcome” Guests receive at the turnstile areas from the stormtroopers and Star Wars trivia contests to Jedi Training Academy and the spectacular Hyperspace Hoopla, Star Wars Weekends 2011 will have more fun than you can shake a gaffi stick at. And of course, throughout the event Star Wars Weekends Guests will have the chance to take a ride aboard “Star Tours – The Adventures Continue” when the attraction launches in 3-D on May 20.

Let us know if you plan to attend this year and what you’re looking forward to most about Star Wars Weekends 2011, or if you have a favorite memory from a past event.