Anyone heading to Disney’s Hollywood Studios next month? If so, you may be happy to hear that there are several exciting new character meet-and-greet experiences in the works for the park.

Beginning May 16, the spotlight at The Magic of Disney Animation attraction will shift to Winnie the Pooh in honor of his upcoming feature film, “Disney’s Winnie the Pooh,” which hits theaters July 15. In addition to meeting-and-greeting Pooh, you also can take a look at the making of the film inside the attraction. 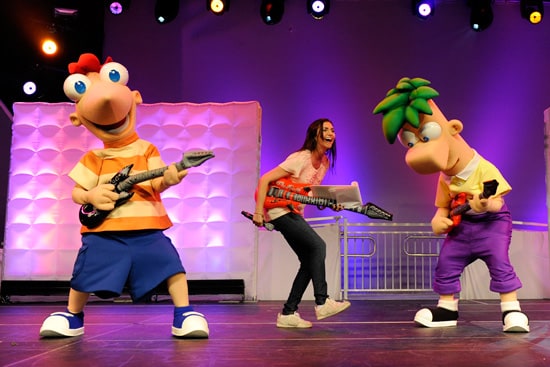 Also on May 16, Disney Channel animated stars Phineas and Ferb (shown here in a photo with Disney Channel star Alyson Stoner at the recent Disney Magic of Healthy Living event at Epcot) will arrive at a new movie-themed play ‘n’ greet experience. Here, the duo are making a movie about their crazy adventures. With the help of the Guests and Cletus Filmore, the greatest movie Director in the Tri-State Area, Phineas and Ferb will recreate some of their favorite moments…unless they are taking a break to meet with their fans – signing autographs and taking pictures. 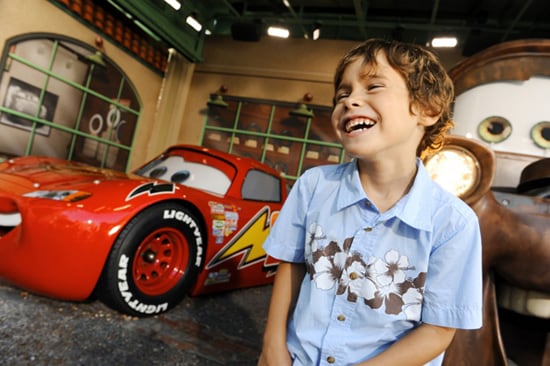 Changes are also taking place over at Luigi’s Garage in preparation for the release of “Cars 2.” Lightning McQueen will launch a meet-and-greet opportunity, and in June, he’ll make his debut at the Lights, Motors, Action! Extreme Stunt Show in a cameo that will replace the Herbie the Love Bug scene in the show. Herbie fans will still spot the lovable little bug during their journey through the Studio Backlot Tour.

Also, additional performances of the Star Wars: Jedi Training Academy and Mulch, Sweat & Shears have been added to the summer schedule.

Tip: The best way to find your favorite character at Disney Parks is to pick up a Times Guide (offered with park guide maps) at any theme park entrance.