Disney Magic Can Be Found All Over the World

“I never imagined…” It’s a cliché that most of us have said at one time or another. I never imagined that I would be chased by an angry gorilla, but I was. Don’t. Ask.

Like most of us, Jill Cooper never imagined a lot of things. As a mom to a young son, she and her husband had always wanted to travel to Europe but had so many reservations and questions. How would she plan the vacation? Would they be able to navigate through countries where they didn’t speak the language? Would their young son have fun and learn about the world around him? Would the trip be expensive?

As a huge Disney fan, Jill decided to do some research on her favorite website, The Walt Disney World Moms Panel. There, she met Kay, last year’s official Adventures by Disney Moms Panelist. The two of them began to chat online and Kay answered all the questions she had and more! “Kay was so reassuring,” she said. So she booked their trip to Germany and started packing for the adventure of their lives. 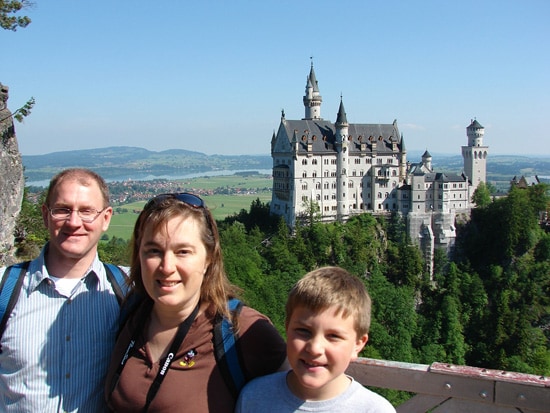 They got to spend two nights in the 700-year-old castle that inspired the Brothers Grimm to write “Rapunzel.” They walked in Walt Disney’s footsteps visiting Neuschwanstein Castle, Walt’s inspiration for Sleeping Beauty Castle at Disneyland Resort.

She and her family had such an amazing time that when the time came for Disney Parks to take applications for the Walt Disney World Moms Panel, she applied right away. She wanted the chance to give others the amazing gift Kay had given her.

“Ever since I found out I made it onto the Walt Disney World Moms Panel and that I would be the official Adventures by Disney Specialist, I can’t seem to wipe this giddy grin from my face. Having the opportunity to shape the treasured memories of people from all over the world is a dream come true!”