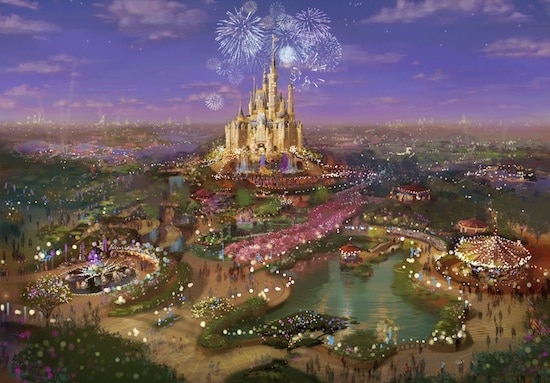 What a great sight to end the week, right? We officially broke ground on the Shanghai Disney Resort and shared some amazing new artwork showing what it’ll look like when construction is finished in approximately five years. Check out that castle. There are more details in our original posts, including new video and images from the celebration.

Also this week, we took you on a train trip that no one has ever taken before at Disney Parks. It was a ride aboard the miniature garden railroad at the Germany Pavilion in Epcot with an up-close view of tiny topiaries featuring our “Toy Story” pals.

Here’s a list of some of the other stories we worked on this week: