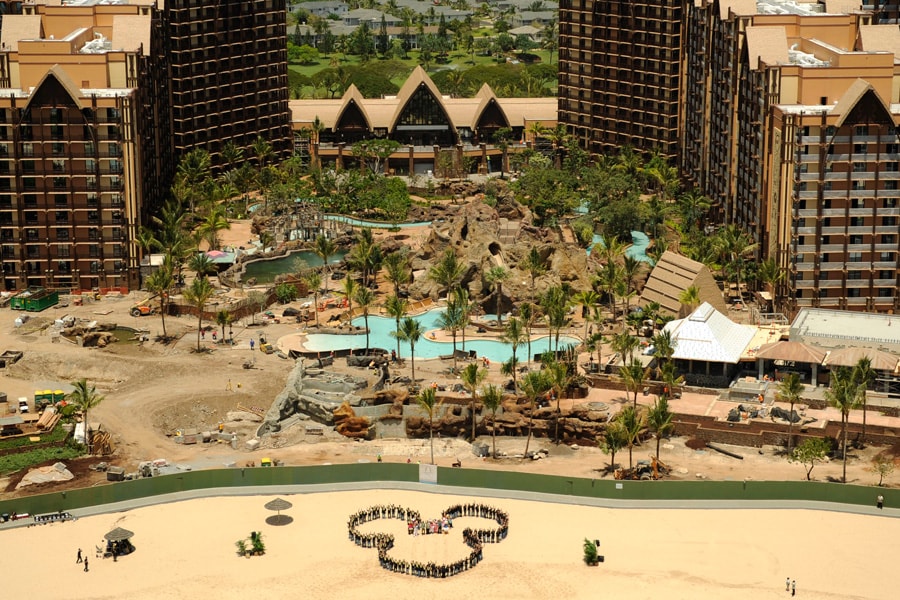 How about that? Mickey, Minnie and pals hit the beach this week to celebrate the completion of the major structural work on Aulani, a Disney Resort & Spa. Our Disney team will now begin to “add the magic” to the resort. But first, Disney cast members and construction crew members had some fun in the sand and formed the distinctive Aulani arch and Mickey’s silhouette.

Also this week, Walt Disney Imagineering gave us a behind-the-scenes look at how they make the hitchhiking ghosts interact and play with you at the Haunted Mansion attraction at Walt Disney World Resort. You’re placed at the center of the story right in your “Doom Buggy.”

Now, here’s a list of other blog posts we worked on this week:

Disney Parks Extends Special Offers for Military Families – Through our participation in the “Joining Forces” initiative and extended special offers at our parks and hotels, Disney is proud to support the brave men and women who serve our country.