In a first for acclaimed photographer Annie Leibovitz’s Disney Dream Portrait Series for Disney Parks, one of the actors stepping into a Disney fantasy is actually playing a character he portrays on the big screen. 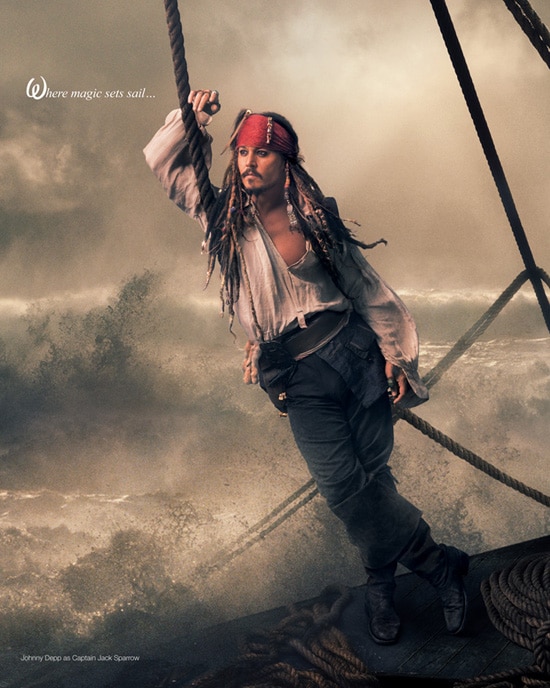 In this two-part layout appearing as part of a special insert in May issues of O – The Oprah Magazine, Real Simple, InStyle and People, Johnny Depp appears as Captain Jack Sparrow joined by his friend, the legendary performer, writer and artist, Patti Smith as the Second Pirate in Command. 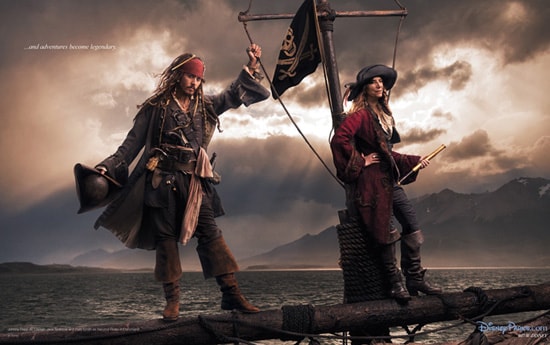 The caption for this stunning pair of new portraits reads, “Where magic sets sail and adventures become legendary.”

The “Pirates of the Caribbean” film franchise has always been rooted in the classic Disney Parks attraction, and these beautiful portraits are a reminder of the power of Disney storytelling and all it can inspire.

Click here to enjoy more of the portraits in this series and be sure to check back tomorrow when I’ll take you behind the scenes with Patti Smith, on location in London, England.