First Look at the Royal Wedding Dress – Ariel’s, That Is

As anticipation builds for the British royal wedding on Friday, so does speculation about what Kate Middleton will wear when she weds Prince William. We have another princess getting ready to debut her wedding gown here at the Disneyland Resort, on June 3. That’s when Ariel and Prince Eric will debut in The Little Mermaid ~ Ariel’s Undersea Adventure, an attraction inspired by the classic animated film, including the film’s wedding scene.

To find out more about Ariel’s dress and Prince Eric’s attire, I talked to the clothing designer, Gloria Bowls. She collaborated with Walt Disney Imagineer Larry Nikolai to create a look that reflects several periods of British history. Ariel’s gown, similar to the dress in the film, was largely influenced by the royal wedding of Charles and Diana in 1981 (“The Little Mermaid” film debuted in 1989).

“What was amazing about Diana’s dress was that no princess had arrived on the scene with such grandeur – larger than life,” Gloria said. “Ariel’s dress has some of that grandeur, a fantasy come to life – and larger than life. The big poof sleeves are almost as big as her head.”

Here’s a sneak peek at Ariel in her wedding finery. 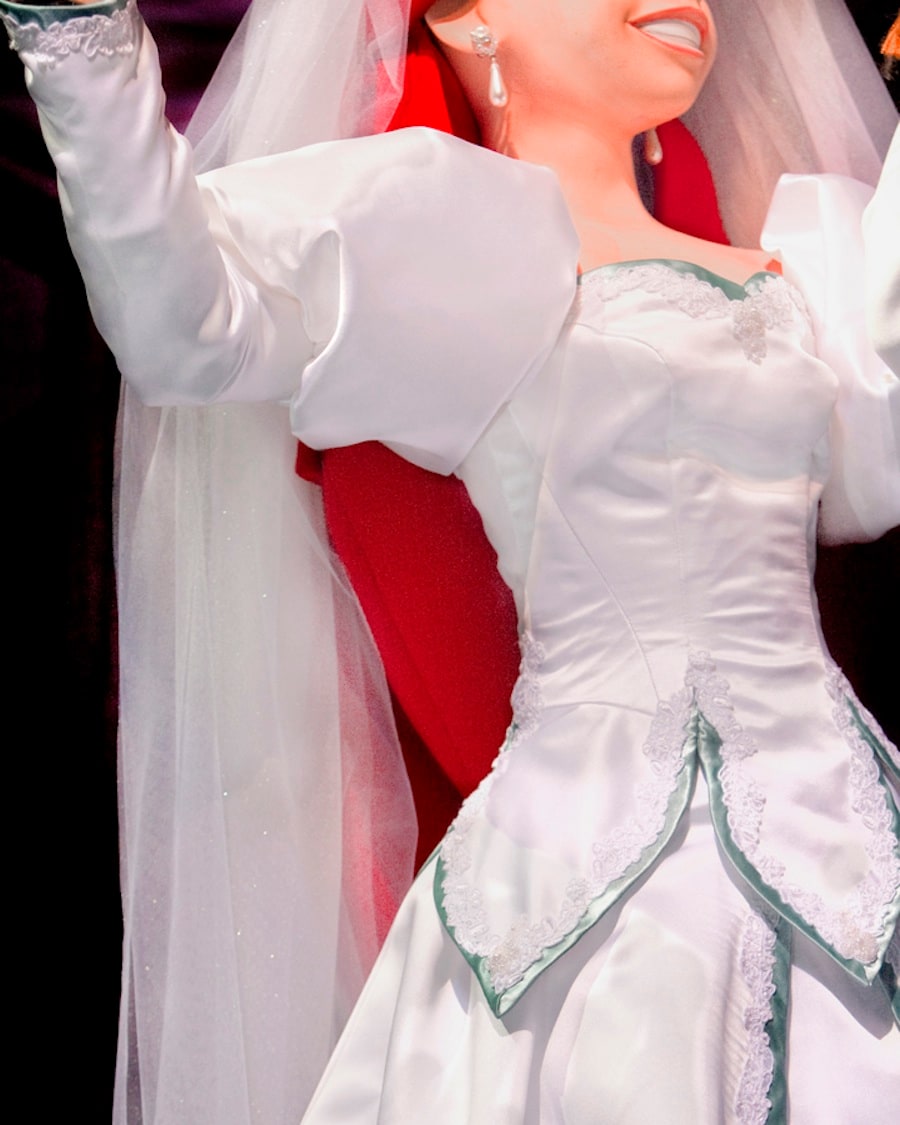 Gloria designed custom wedding gowns and evening wear before taking on the challenge of designing costumes for Audio-Animatronics figures and consulting for Disney. She credits Larry Nikolai’s vision for encouraging her to let this dress express Ariel’s mermaid personality (i.e., she has this thing for “thingamabobs”).

“Ariel’s dress is made very much like a regular bride’s dress in that the bodice is fully lined, interlined and extensively boned – it practically stands up on its own,” Bowls said. “My favorite part is the front inset of the skirt … an underwater seascape with a shell, a starfish, a seahorse, all beaded and appliqued on, with seaweed lace.

“I hope each little girl will come off the ride inspired and dreaming of having a dress like Ariel’s for her own wedding day.”

These photos show Gloria as she was working on the dress, plus some of the intricate detail. 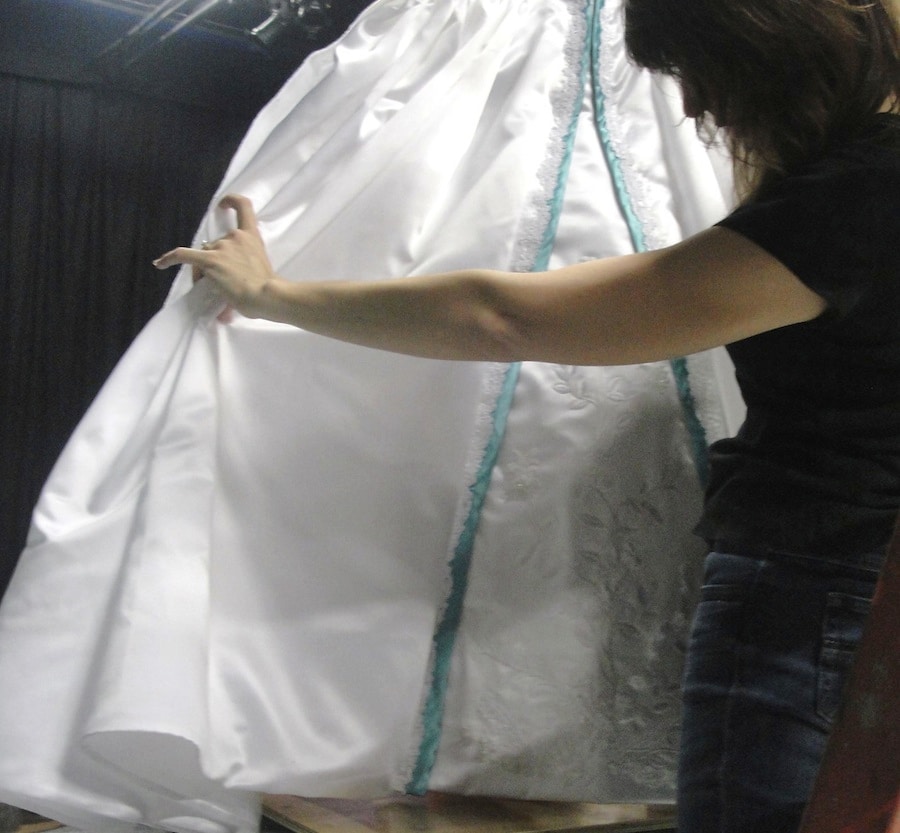 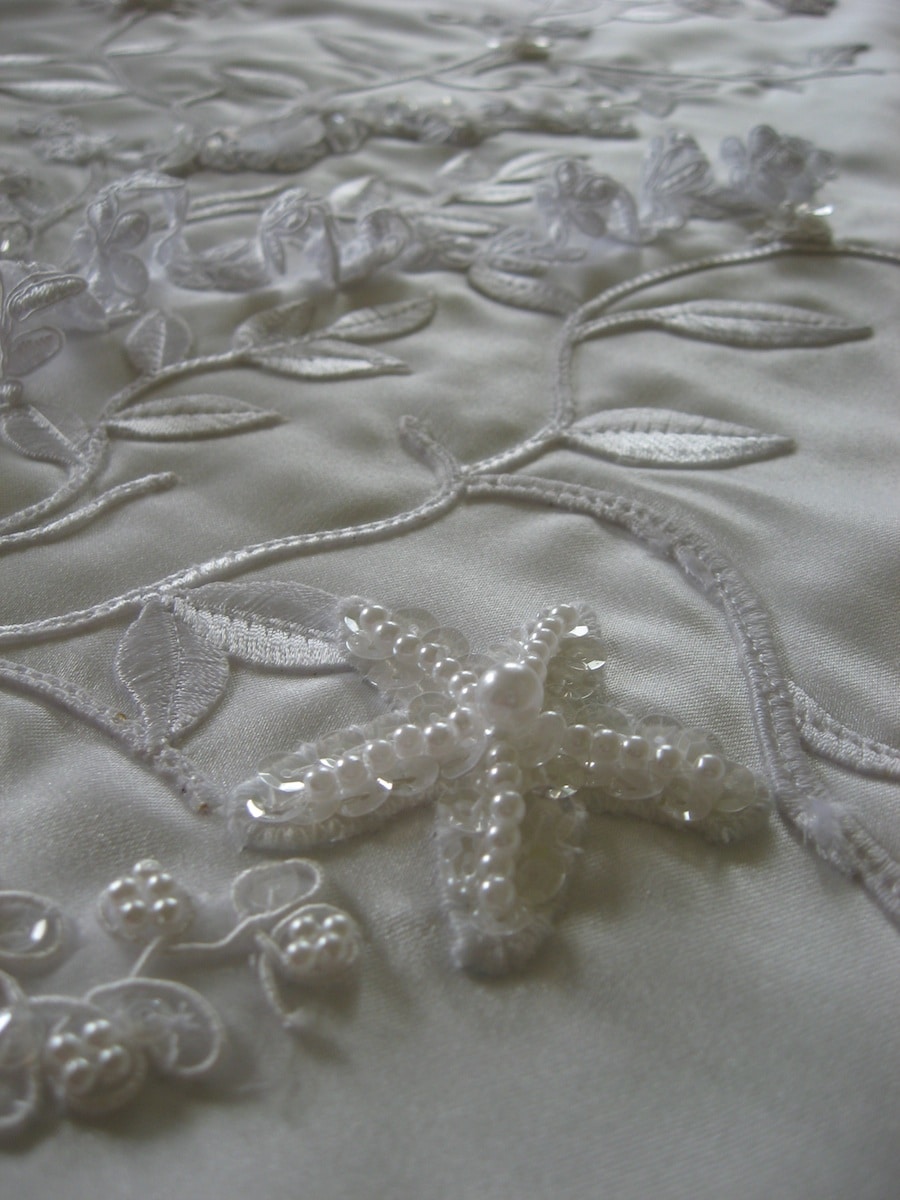 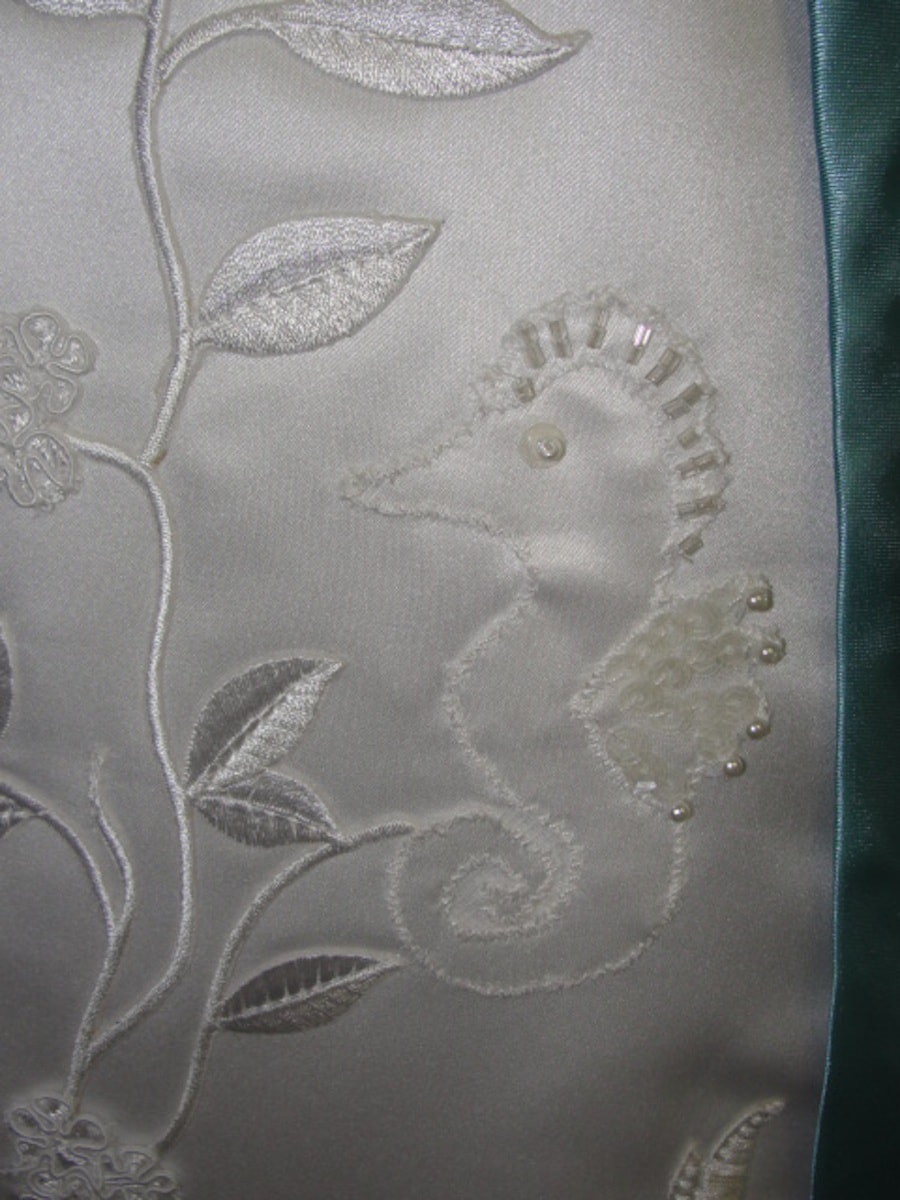 Gloria was one of many experts who worked on this attraction. Would you like to hear from some of the Walt Disney Imagineers who created the Little Mermaid ~ Ariel’s Undersea Adventure? Enter for a chance to attend our meet-up, scheduled for May 10 at 6:30 p.m.

What do you think of the magical detail in Ariel’s royal wedding gown?

Likes (1)
Share First Look at the Royal Wedding Dress – Ariel’s, That Is