Want to be in the know? Then here’s the scoop. Our Disneyland Merchandise Events team has just confirmed that Disney Legend Jack Lindquist, the first president of Disneyland park, will appear for a special book signing on Sunday, May 1, at The Disney Gallery. This is the first time Jack has appeared for a signing inside the park since his tenure as President. Jack’s memoir, In Service To The Mouse, which debuted in December 2010, has become an instant hit among Disney fans. It recounts his many experiences over a 38-year tenure working for The Walt Disney Company and, of course, his unexpected journey to becoming the first president of Disneyland park. 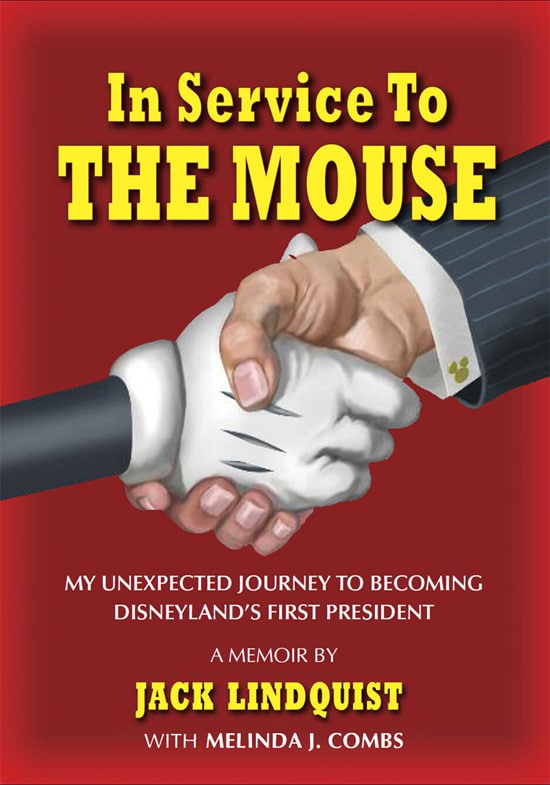 One of my favorite excerpts from the book comes from Chapter 7, as Jack recounts his favorite time to be in the park (and mine, too), and how he came across a family visiting the park on Christmas Eve 1955, which ultimately led him to the realization of what Disneyland Resort means to people.

This memoir is a definite must-read for any Disney fan! I hope you enjoy it as much as I did. For those of you interested in picking up the book and meeting Disney Legend Jack Lindquist, he’ll be at The Disney Gallery on May 1 from 1 p.m. – 3 p.m.