Here’s a tip for the next time you visit Disney California Adventure park – visit the Disney Animation Building on Hollywood Boulevard. There’s no line, it’s cool inside and “The Art of Animation” show recently expanded its unique display of Disney and Pixar animated films. You can see it on the array of screens that surround you inside the Courtyard Gallery, just inside the main entrance. 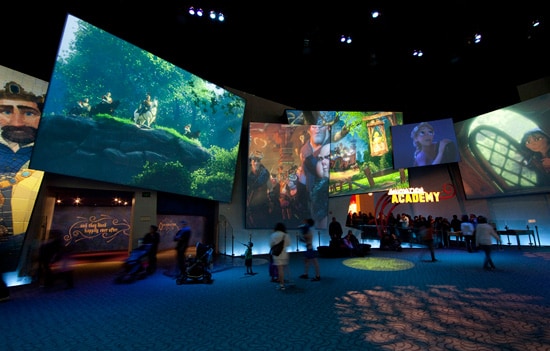 Tom Fitzgerald, executive vice president for Walt Disney Imagineering, described it this way: “’The Art of Animation’ show celebrates the art and music of our animated classics – from Disney and Pixar. The show has been a highlight of the Animation attraction at Disney California Adventure park since opening day. Now, we’re updating the show to include many of the classic films which have been created in the past decade.” 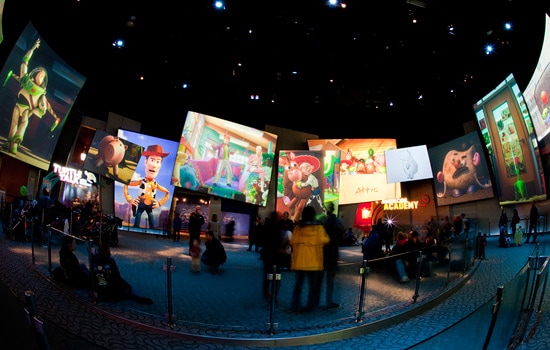 Here are some of the films featured in “The Art of Animation” show:

What’s your favorite activity in the Disney Animation Building?