I first learned of Pook-A-Looz at the D23 Expo in September 2009. There was a huge display of these handcrafted creations which I thought looked adorable. Originally introduced by Disney Consumer Products, Pook-A-Looz plush were designed to capture the personalities of Disney characters in a fun and offbeat way. Dara Trujillo first told you about these plush characters arriving at Disney Parks last April. In the article, she mentioned there were some Pook-A-Looz plush developed specifically for Disney Parks. I recently spoke with Denise Edelmaier, product developer for dolls and plush, about the development of these items. 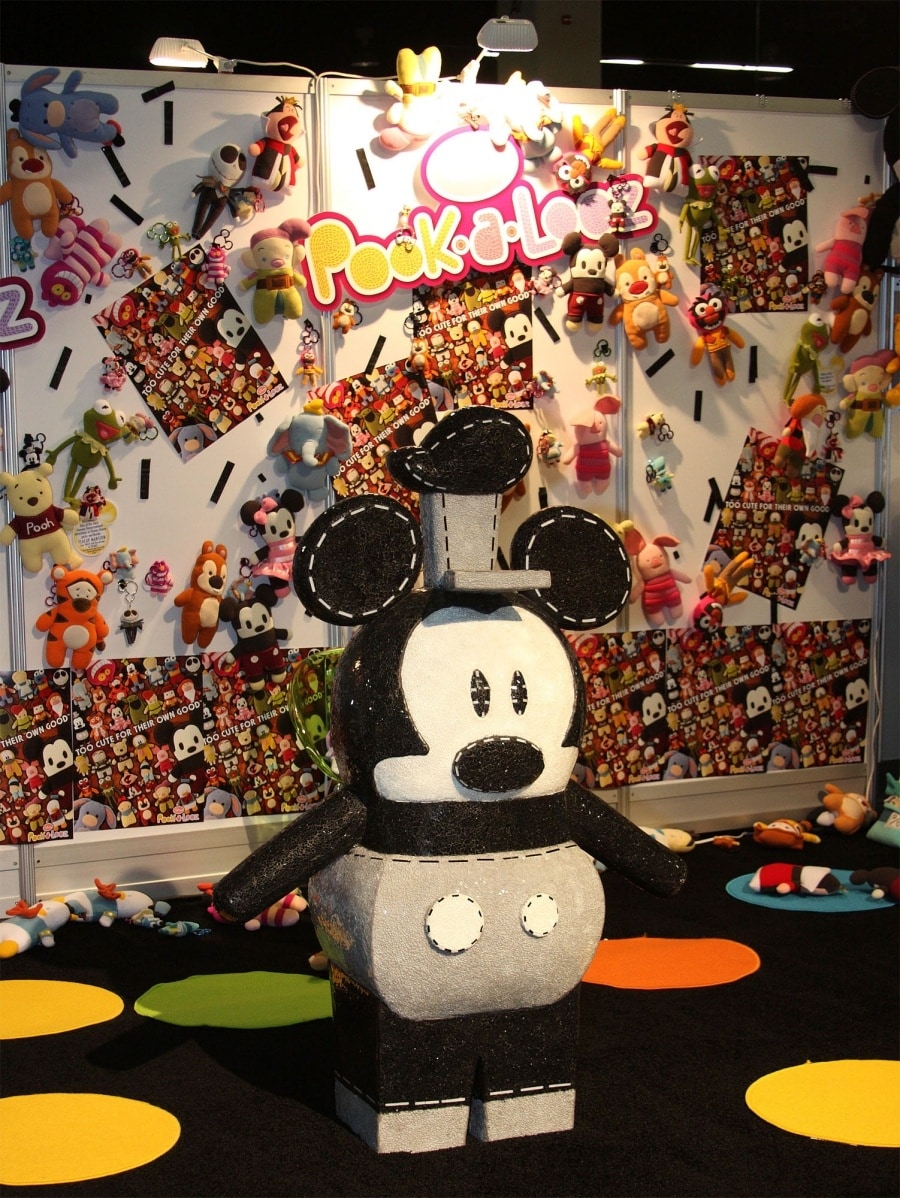 “We worked closely with Disney Consumer Products to make the Disney Parks Pook-A-Looz plush since they were the creators of the brand,” explained Denise. “The idea was to introduce characters that were specific to Disney Parks such as Figment or the Yeti. Monty Maldovan from Disney Design Group provided the Disney Consumer Products team with reference images. In turn, they designed the plush.” There were a total of six Pook-A-Looz developed for Disney Parks including Mickey Mouse, Minnie Mouse, Sorcerer Mickey, Band Leader Mickey, Yeti and Figment. The latter two were made as 8-inch plush rather than 12-inch plush. Denise was excited to share that more unique Pook-A-Looz are coming later in Summer 2011.

“The response at Disney Parks for the Pook-A-Looz has been wonderful,” exclaimed Denise. “We have several additional designs on the way including Pirate Mickey, Safari Mickey and two Pook-A-Looz plush for the 40th Anniversary of Walt Disney World. They will be arriving at Disney Parks later in 2011.” The above image is the artwork for the 40th Anniversary Pook-A-Looz. According to Monty, their outfits were inspired by the outfits worn by Mickey and Minnie on October 1, 1971, the day that Walt Disney World Resort opened to guests.

Denise also shared some very exciting news about something I’m calling the perfect Pook-A-Looz plush promotion (try saying that three times fast – I love alliteration!). Now through May 11, 2011, at select locations at Disneyland Resort and Walt Disney World Resort, select Pook-A-Looz plush are 40% off.** It’s a pretty awesome deal, and a perfect way to jump start (or complete) a Pook-A-Looz collection.

**Friendly disclaimer: Discount to be taken at Register. Not valid on previous purchases. While Supplies Last. Offer subject to change without notice.