Has a random stranger ever approached you at the parks offering a camera? I see this happen all the time. A guest is trying to capture a special memory with friends or family but he can’t get in the picture and take it, too. He might turn to another guest for help.

Did you know that cast members are always happy to step in and take your photo? I love it when I get this opportunity. The guests are so grateful, and they’re elated to know this special moment will now live on in a photo that includes their entire group.

The iconic locations in the parks are most popular. Everyone wants a photo at Sleeping Beauty Castle, for instance, because it’s such a beautiful symbol of Disneyland park. 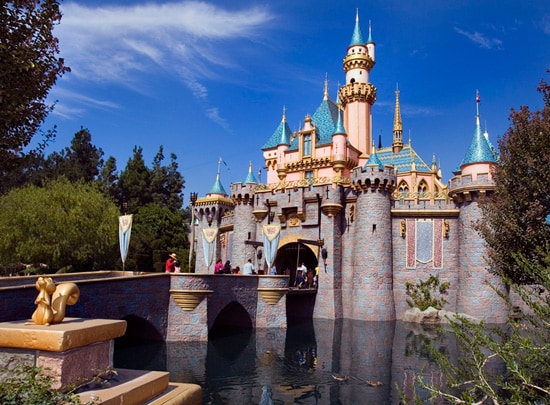 Guests also pick some offbeat backgrounds for their photos, like a red popcorn cart on Main Street, U.S.A., or the new construction fences previewing the coming of Cars Land in 2012 at Disney California Adventure park.

A new photo location opened recently, right at the spot where guests will enter Cars Land along Route 66. You can step into a racing scene pit stop and pose with Mater or Lightning McQueen, stars of the Disney•Pixar film “Cars” and the upcoming “Cars 2.” Check out McQueen’s new racing fin. (I dare you to grin just as big as they do.) 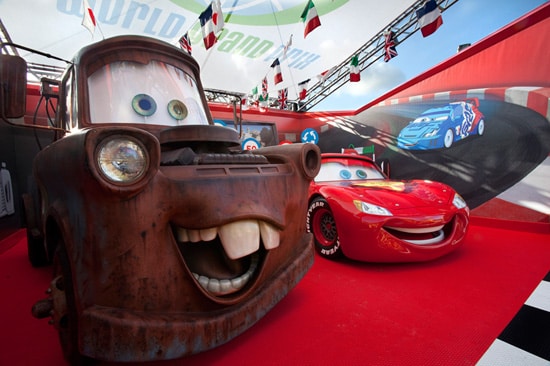 I’d like to know your favorite places to take photos at the parks. Here are a few top spots, and I bet you’ll come up with some innovative locations.

Tell us where you posed for a recent memorable photo at the Disneyland Resort.