Star Tours – These Are The Souvenirs I’m Looking For If I had a nickel for the hours I spent as a child playing with my Star Wars toys, I would be living on a beach in Maui right now. Luckily, my parents saved those toys (thanks Mom and Dad), and my son now spends hours pretending he is in a galaxy far, far away. Soon, he will have a few more toys (among several awesome things) to add to his Star Wars collection, especially with the launch of “Star Tours – The Adventures Continue” on May 20. But wait! I get to photograph and write about merchandise created for Star Tours? Sign me up! After reviewing the more than 40 items we’ve created, I have selected a few of my favorites to share with you.

First up is the incredibly detailed Starspeeder 1000 Spaceliner Collection. This boxed set features die-cast metal vehicles representing six spaceliners that are involved with the new Star Tours story. I spoke with Brad Schoeneberg, Product Developer for Toys and Games, to learn more about the toys. 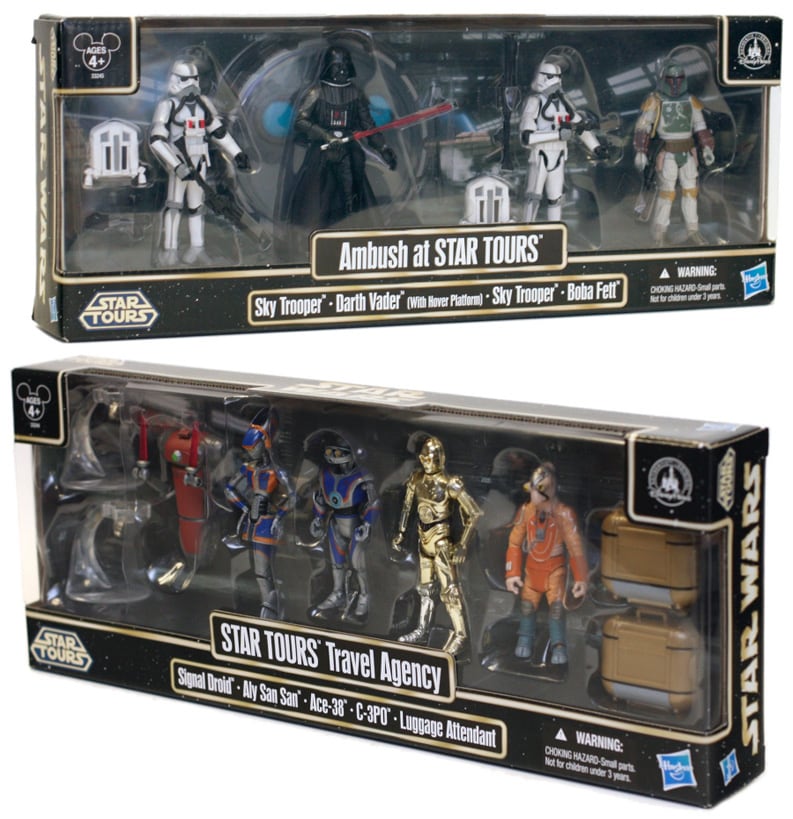 “We’ve been working on the Star Tours toys for about two years now,” explained Brad. “During the past two years, we have had a great relationship with Walt Disney Imagineering. They provided us with tons of reference material for the Starspeeders and other new characters. That partnership helped us capture wonderful details including the tiny droids seen on top of each of [the Starspeeders].”

This set will retail for $22.95. Brad also shared with me the packaging for the “Ambush at Star Tours” and the “Star Tours Travel Agency” action figure sets (both will retail for $39.95 each). Favorite figures include the Sky Troopers who were created specifically for the attraction. I also loved how the droid who is “fluent in over six million forms of communication,” C-3PO, turned out. 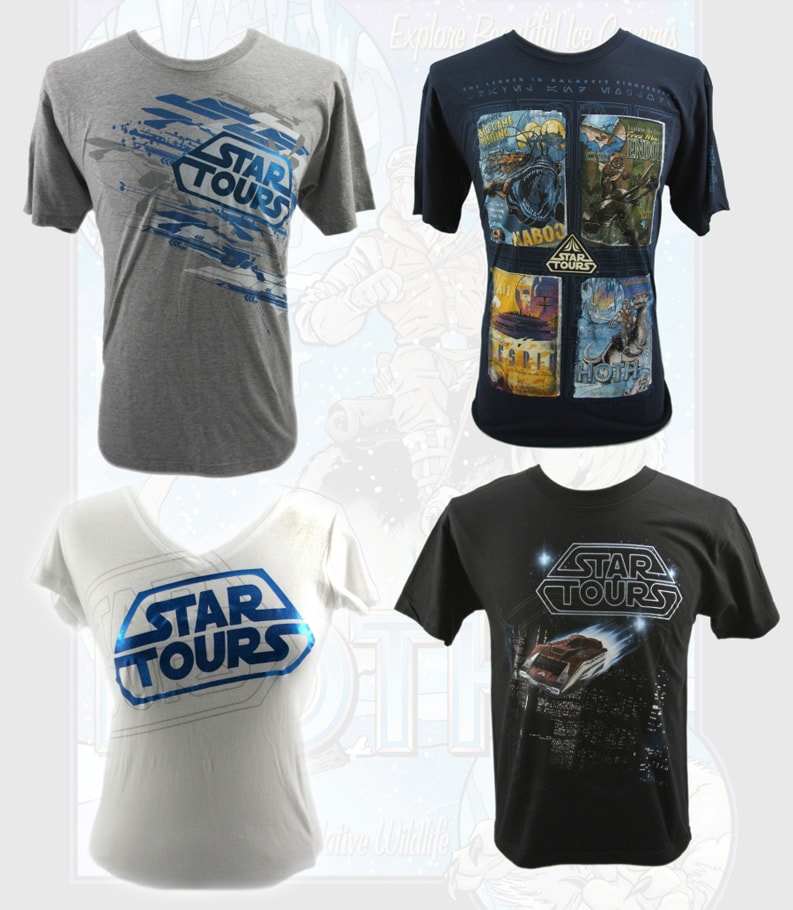 But toys aren’t the only thing I loved seeing (or should I say “playing with?”). We are releasing a variety of shirts for launch. I particularly liked the stylized travel posters shirt, as there is no better way to say “I love space travel” than with that one. How I wish I could visit Bespin and hang out with Lando Calrissian! 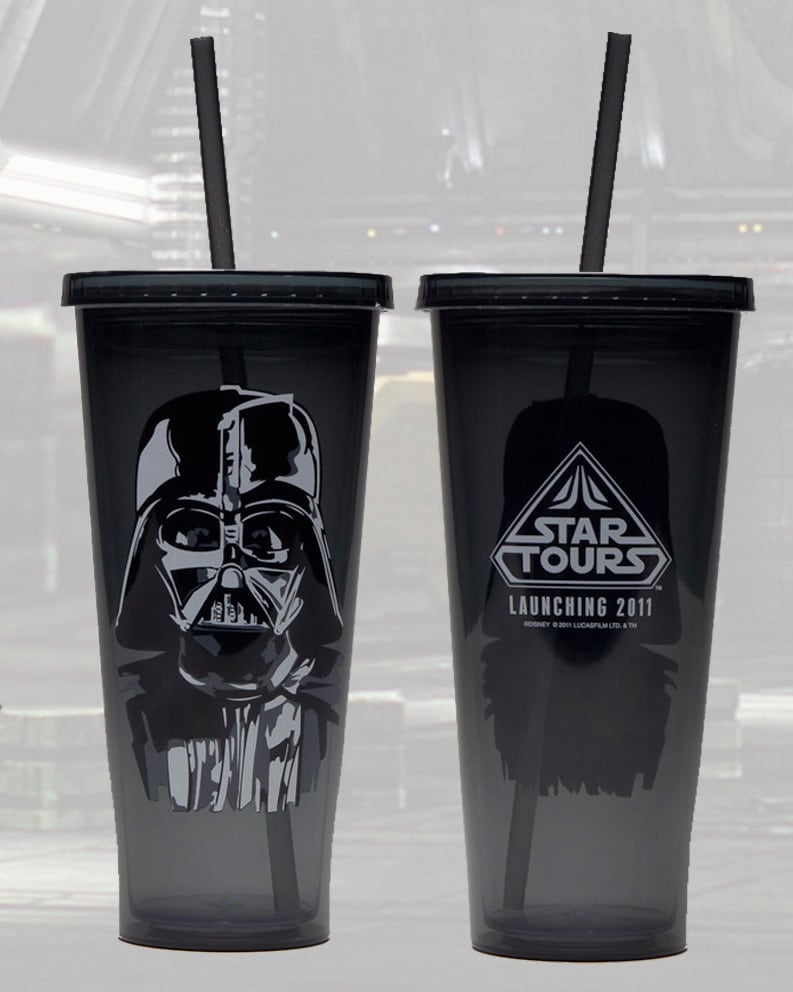 There are a few items, however, that neither my son nor I can get – we are not Passholders (unlike many of you and I’m bummed). These Passholder Exclusive items will include a commemorative coin, a limited edition pen (not to be confused with a “pin,” which will also be released), a Darth Vader T-shirt and, what I consider the most awesome drinkware in the galaxy, a 20 oz. tumbler featuring Darth Vader.

I don’t think I can make time pass fast enough until the opening! As mentioned, there are many other items we created for the launch, so keep watching ArtofDisneyParks.com for release dates and additional information.