Star Tours: Where in the Galaxy Are We Going?

It won’t be long now before Star Tours re-launches and “The Adventures Continue” at both Walt Disney World Resort in Florida and Disneyland Resort in California! But where in the galaxy are we going?

We know a lot of you have been wondering and asking, and today we are happy to reveal the final destinations you can expect to visit when Star Tours resumes service. You already know we’re going to Tatooine for the Boonta Eve Podrace and to Coruscant. 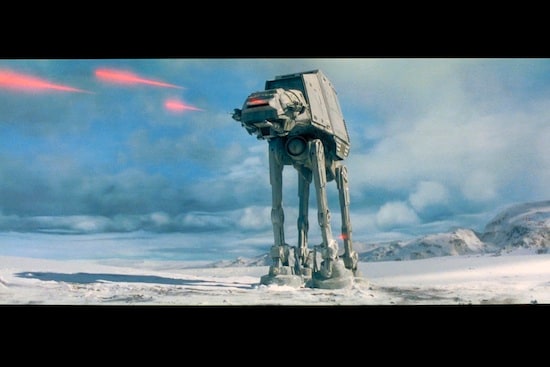 Additional destinations include a visit to the beautiful planet of Naboo, a rare tour of the Wookiee planet of Kashyyyk, and a trip to the icy planet Hoth (seen above in a still image from Star Wars: Episode V The Empire Strikes Back).

Of course, no Star Tours adventure would be complete without an unexpected visit to the Death Star, this time above the planet Geonosis.

In addition, we’ll be departing from a spectacular new Spaceport, created just for the new Star Tours voyages. 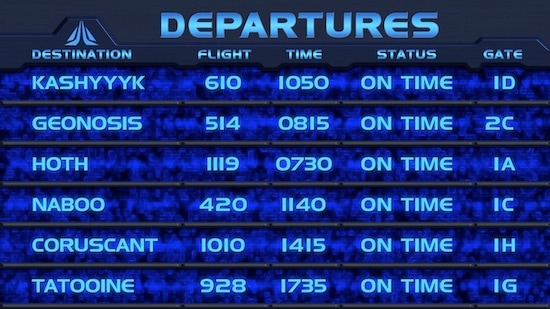 As revealed earlier, these destinations will be combined in more than 50 different story adventures, so you’ll never know where the Force will take you!

Likes (0)
Share Star Tours: Where in the Galaxy Are We Going?