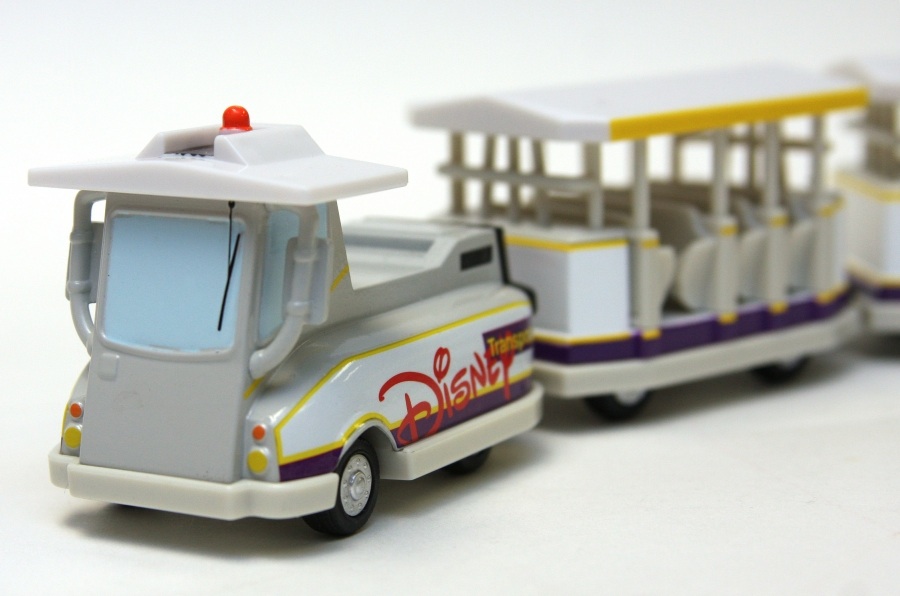 While riding the tram from the Daisy section to the Transportation and Ticket Center the other day, I recalled the sheer anticipation I always felt as a guest visiting on vacation. I couldn’t wait to begin a day of fun with my children in Magic Kingdom Park. In many ways, that parking tram is the first “attraction” that guests experience at Disney Parks. Luckily, for those who want to relive that same anticipatory moment in the comfort of their own homes, we recently introduced a die-cast parking tram toy. It follows in the tradition of other toys inspired by Disney modes of transportation. I sat down with Cody Hampton, Associate Product Developer for Toys and Games, to learn more.

“We had discussed introducing a parking tram toy for a few years,” explained Cody. “It was one of the few Disney transportation vehicles which didn’t have a corresponding toy. We have a Monorail, railroad, bus and a few other ride vehicles as toys. So it was the perfect time to introduce [the tram].”

“I drew the artwork directly in the computer using only reference photos,” said Lin. “The computer artwork was then used by the manufacturer to create the physical three-dimensional model.”

Following my trip on the real tram (I’m a bit too big for the toy version), I rode the Monorail from the TTC to Magic Kingdom Park. I love riding the “highway in the sky” (especially the Tron-orail!). As Cody and I chatted about my experience, he shared something with me that took my breath away – the first sample of the new Disneyland Monorail play set. 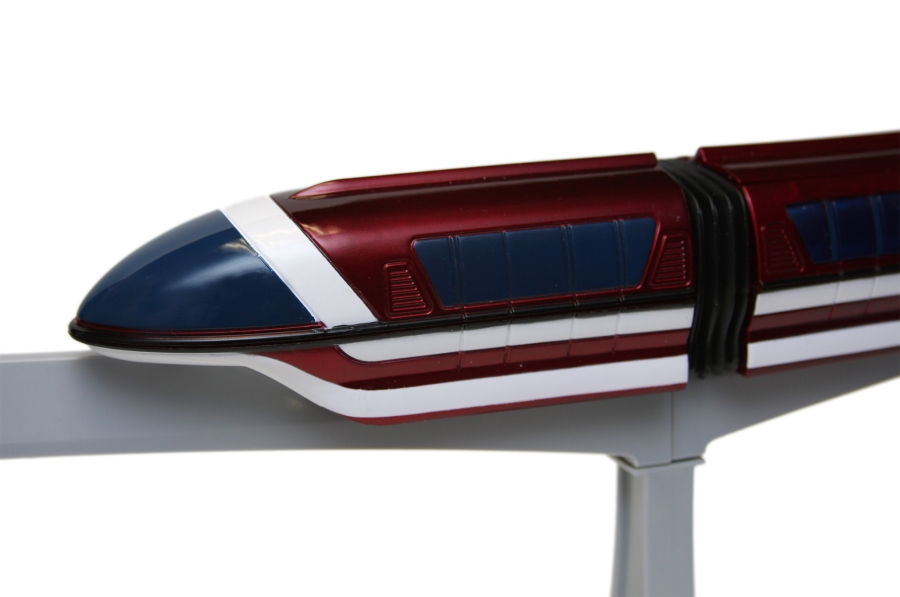 For years, we have sold the Walt Disney World Monorail play set both in Florida and California. With the introduction of the newest Monorail in California, the toy team felt it was time to create a Disneyland Resort-only version of the toy.

“We used the exact specifications [of the Monorail] provided by Walt Disney Imagineering to create the toy,” continued Cody. “The toughest part was matching the red color. The paint scheme on the actual Monorail is spectacular. After a few tries, we think it looks great!”

The Disneyland Monorail is being introduced later in 2011. Cody shared that it will have a nice surprise, a first for the Monorail play set (sorry, no spoilers this time). Once introduced, the Monorails will be sold at their respective parks. Of course, both play sets will also be released on the Disney Parks Online Store. 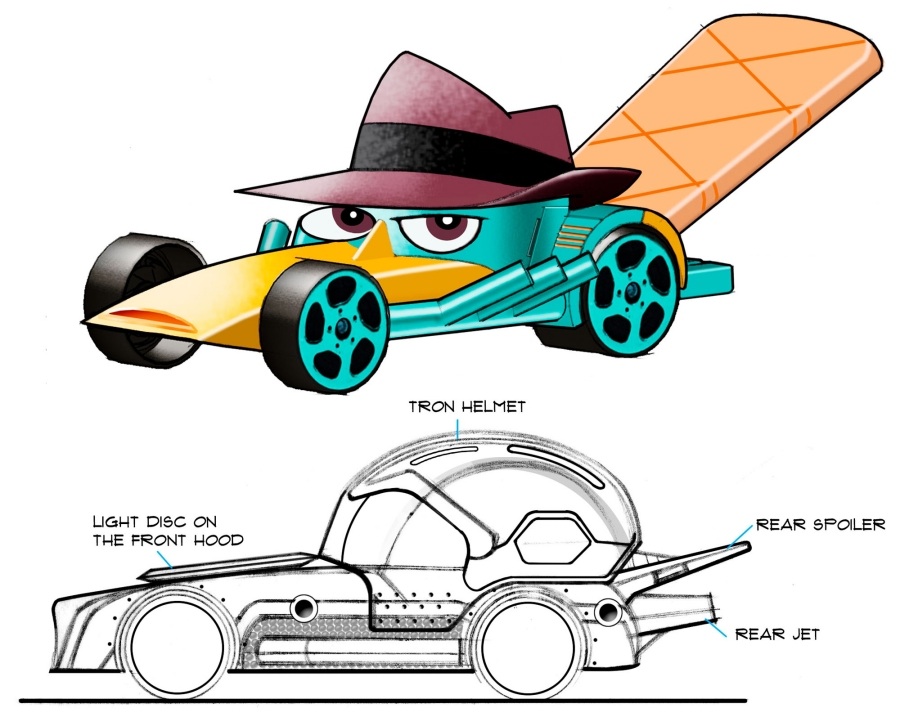 Before leaving Cody’s office, he shared one last preview of something with a transportation theme. Above are two new concepts for Disney Racers that won’t debut till this coming fall. He thought I would enjoy seeing them (especially since he knows of my love for all things “TRON”).

After seeing all of the transportation toys, I couldn’t help but sing “It’s Fun To Be Free” as I left Cody’s office. What is your favorite mode of transportation at Disney?