Located in Marne-la-Vallee, France (just outside of Paris), the park opened to feature 29 attractions in a layout much like Disneyland park in California, with the exception of offering a Discoveryland instead of Tomorrowland. The centerpiece of the theme park is Le Château de la Belle au Bois Dormant (Sleeping Beauty Castle). The 167-foot structure was inspired by the architecture of Neuschwanstein Castle in Germany, as well as castle descriptions that appear in different versions of the Sleeping Beauty fairytale. 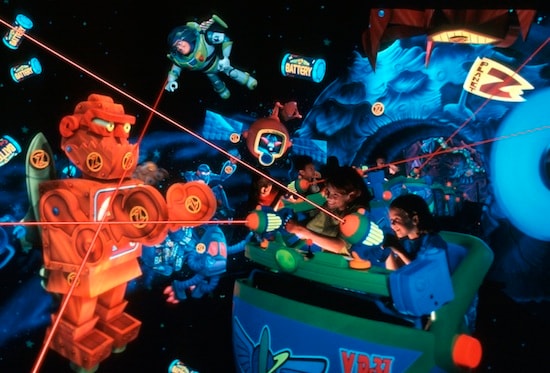 Disney’s first European park welcomed more than 11 million guests in its first year alone, and has since celebrated exciting growth over the years, including the debut of attractions like Indiana Jones and the Temple of Peril in 1993, Space Mountain: De la Terre a la Lune in 1995 and Buzz Lightyear Laser Blast in 2006.

Did You Know? When The Walt Disney Company was scouting spots to build its first European theme park, another location that was a top contender was Barcelona, Spain.