Which Disney Parks resort lets you gaze at giraffes, taste African-inspired cuisine and relax in an 11,000-square-foot pool? The answer, of course, is Disney’s Animal Kingdom Lodge, which will celebrate its 10th anniversary April 16. 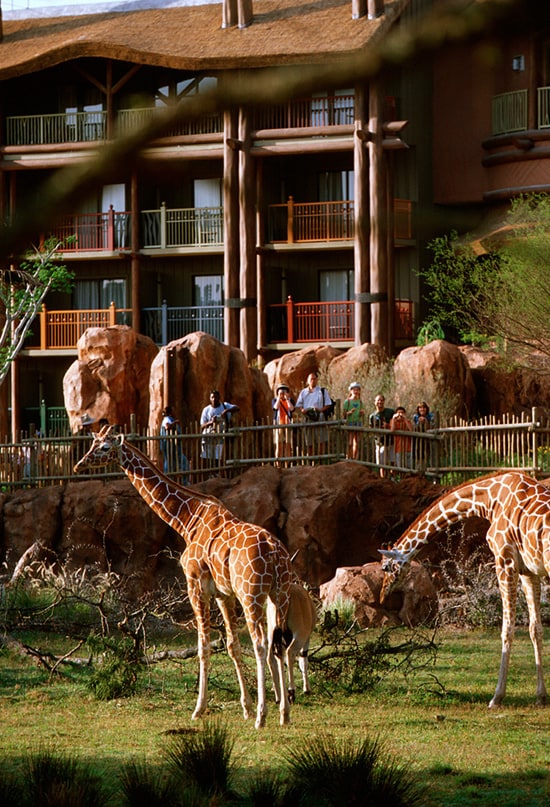 In case you aren’t familiar with this African-lodge themed resort – which opened its doors in 2001 – it’s one of the only resorts outside the continent of Africa to offer guestrooms with a view of animals roaming an open savanna. 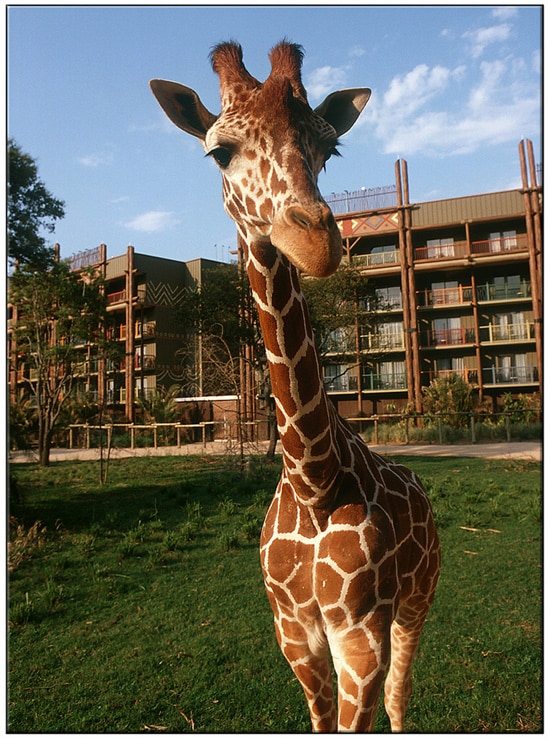 The resort’s 33-acre Sunset Savanna currently is home to more than 200 animals and birds. Although the selection of animals appearing on the savanna often changes, guests at Disney’s Animal Kingdom Lodge may see the likes of giraffe, Ankole cattle, bontebok, eland, zebra, greater kudu, impala, okapi, red river hogs, nyala and more during their stay.

The interior of the resort also boasts a thatched ceiling, hand-carved finishings and an impressive collection of more than 800 pieces of African art. One of the rarest pieces is the Igbo Ijele (pronounced e-bo e-gelay) mask that appears in the rear of the lobby. Masks like these are made by the Igbo people of Nigeria to celebrate special occasions, and no other Ijele is known to exist outside of Igbo territory.

Taking home a piece of African artwork is also possible at the resort’s Zawadi Marketplace, a 5,600-square-foot retail shop that offers handcrafted animal treasures, as well as Disney wares.

The resort’s table-service restaurants also have been a smash with guests and food critics. Jiko – The Cooking Place holds the largest collection of South African wine (outside of Africa), while Boma – Flavors of Africa, offers a buffet of dishes from Malaysian, Indian, Chinese and French cultures.

Inside tip: Guests wishing to get an even closer view of animals can sign up for the resort’s Wanyama Sunset Safari Tour, during which a group of 12 guests are taken for a special tour of the savanna that ends with dinner at Jiko – The Cooking Place for a family-style meal.