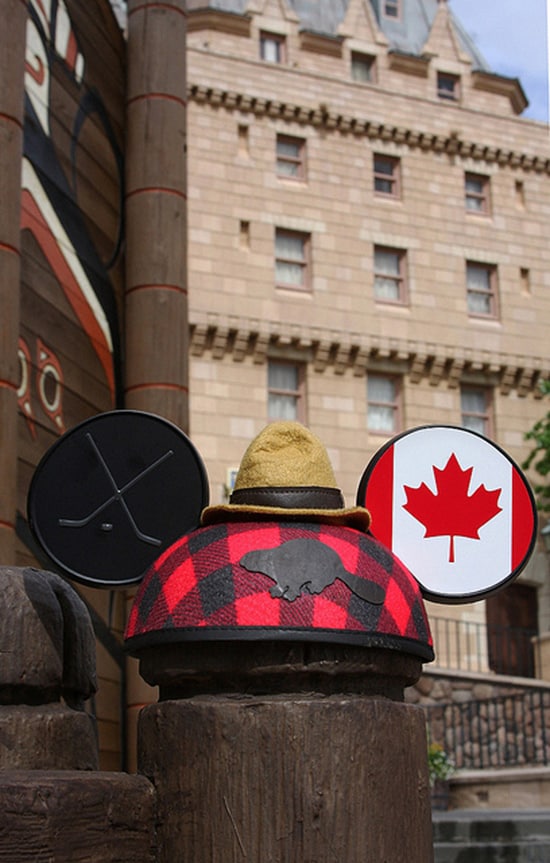 By now, many of you know about my love for World Showcase at Epcot. I love that I can walk the world in a day while enjoying the sights, sounds and tastes from so many different countries (uh, how many days are left until the Epcot International Food and Wine Festival?). Recently, I visited Epcot to photograph several new Disney ear hats in the World Showcase pavilions which served as their inspiration. Megan Kachur, product developer for headwear, gave me some insight into the development of these hats that have an international twist. 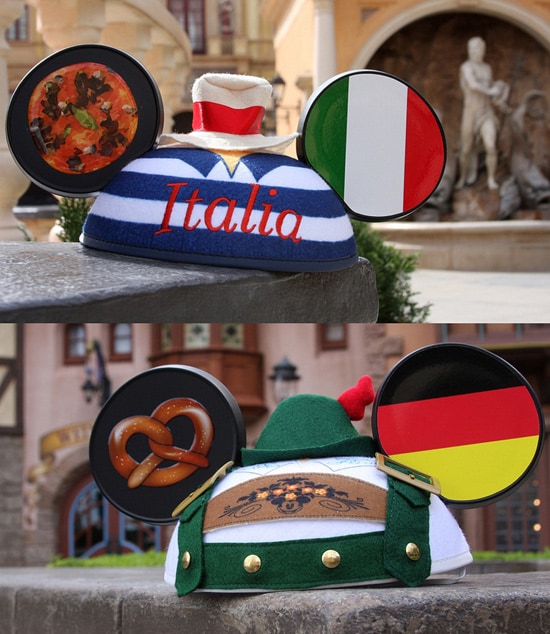 “We wanted to expand our assortment of Disney Parks-inspired ear hats,” explained Megan. “We have introduced other hats based on attractions like The Haunted Mansion. World Showcase has such great content, and it seemed like we were missing an opportunity to connect with our guests from around the world.”

There are five new hats inspired by Mexico, Germany, Italy, United Kingdom and Canada pavilions at Epcot. Arriving in mid-May 2011, these hats will be sold at multiple locations at Walt Disney World and Disneyland Resorts (obviously, you’ll find them in the specific World Showcase countries in Florida). Each hat will have a retail of $14.95. Megan explained the reason why only five countries were selected. 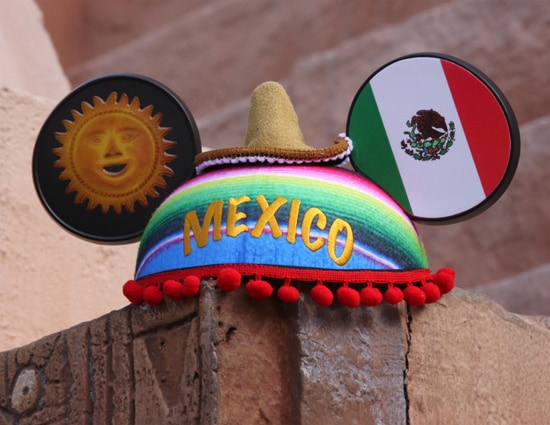 “We are testing these hats as something new to our assortment,” continued Megan. “In the past year, we’ve tried many new things within the headwear category such as limited-edition ear hats or Vinylmation ear hats. If our guests like these first five, we’ll consider adding additional hats to the mix.”

The thing that impressed me the most were the details. A stylized flag is featured on the left ear of each hat. The remaining details were inspired by elements from the various pavilions such as pizza in Italy (oh, I could use a slice!) or the Cast Members’ costumes in Canada. The finishing touch was a miniature hat for the top of the ear hat. 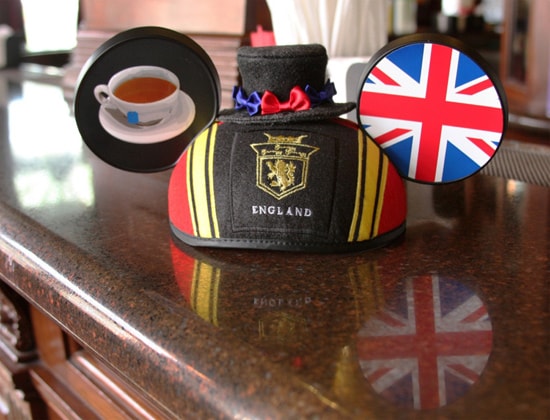 “I think England is my favorite,” said Megan. “The colors are radiant and it looks smart. Then again, I also love the lederhosen appliqué on the hat from Germany. I also like the tassels on the hat from Mexico. I guess it is difficult to pick just one [laughs].”

Well, I know what I’m wearing during my next trip around the world.