Video: Behind the Scenes with Patti Smith at Disney Dream Portrait Shoot 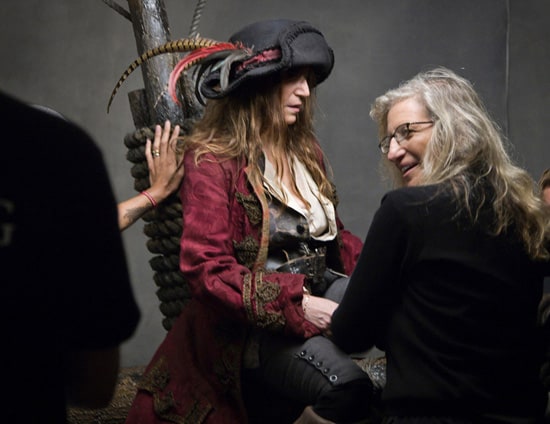 Yesterday, I shared two new Pirates-inspired Disney Dream Portraits by Annie Leibovitz. Today, I’ll take you behind the scenes and share a rare interview with Rock and Roll Hall-of-Famer, Patti Smith, where she describes the connection shared by pirates and rock stars and reveals that she’s always been a Disney fan.

The portraits were taken in London last September at the same studio where the latest Pirates film, “Pirates of the Caribbean: On Stranger Tides,” was filming. While there, I discovered a great cure for jet lag: the excitement that comes from watching these three artists and longtime friends collaborate on something so unique, so fun and of course, so Disney.

At the conclusion of the shoot, Patti shared a little bit of information I thought you might enjoy. She told me that she was so inspired by one Disney film, that she even named her dog after the film’s star. Can you guess which Disney character or film she mentioned?

To go behind the scenes of other recent Disney Dream Portrait shoots, click here, and also check out the individual behind-the-scenes stories shared here on the Disney Parks Blog last month.