Saving endangered species means protecting animals as big as elephants and as tiny as tadpoles. Last week, the smaller creatures were the focus when more than 2,700 critically endangered Puerto Rican crested toad tadpoles, carefully nurtured by our animal care team at Disney’s Animal Kingdom, were released in a protected pond in the northwestern region of Puerto Rico. The release was part of an effort to repopulate the species to an area where these native tadpoles once thrived but are now considered extinct. The tiny tadpoles joined more than 3,000 others that are the result of Association of Zoos and Aquarium (AZA) Species Survival Plan breeding programs at the Fort Worth Zoo and the Jacksonville Zoo. The crested toad, which is threatened by habitat loss and non-native species, is the only toad native to Puerto Rico. 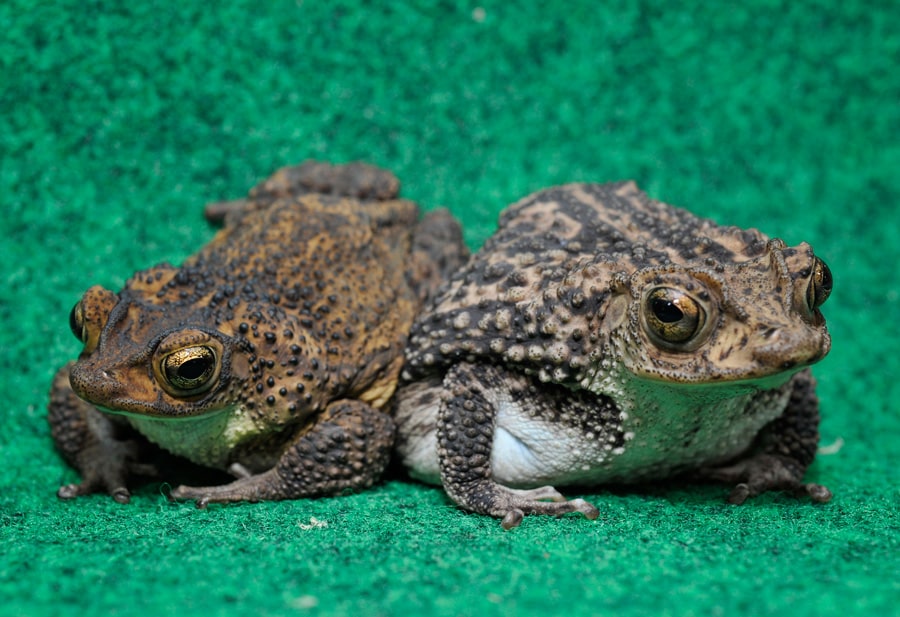 This is the first group of Puerto Rican crested toad tadpoles raised at Disney’s Animal Kingdom to be released to the wild. Andy Daneault, our Assistant Curator of Ectotherms*, tells us the team hopes to raise tadpoles for future releases once or twice a year, depending on the needs of the recovery program.

Disney’s Animal Kingdom, with the help of Eduardo Valdes, Ph.D., who heads our Animal Nutrition Center, has been involved with the Puerto Rican crested toad recovery program since 2001. In addition to breeding the toads, we’ve also been educating community members about the threats to this endangered species and evaluating the nutritional needs of the tadpoles and adult toads.

The Puerto Rican crested toad is one of many amphibian species facing serious population decline. According to some estimates, as many as one-third of the known amphibian species may be threatened by extinction because of loss of habitat, climate change, pollution and disease. Frogs and other amphibians play an essential role in the ecosystems of the world and are keenly attuned to changes in the environment. They are considered an “indicator” species, meaning they can provide an early warning for endangered ecosystems. In addition, frogs provide valuable scientific and medical benefits to humans. The skin of amphibians contains substances that can protect them from some microbes and viruses, which can offer possible medical cures for a variety of human diseases, including AIDS.

The AZA-accredited facilities, which includes Disney’s Animal Kingdom, that are participating in the crested toad Species Survival Plan are working with the US Fish and Wildlife Service and the Puerto Rican Department of Natural and Ecological Resources.

The Puerto Rican crested toad reintroduction and conservation education program is one of the many ways that Disney’s Animal Programs cast members take their passion and commitment for conservation beyond Disney Parks. Disney supports cast members in developing Cast Conservation Programs, participating in local, national and international field conservation programs to study wildlife and ecosystems around the globe – making a difference for the planet.

*Wondering what an “ectotherm” is? It’s an animal whose body temperature regulation depends on external sources, such as sunlight or a heated rock surface