The Disney•Pixar film “Cars” has a special meaning to me; it was the first movie my son saw in a theater. Despite the fact he was quite young at the time, he enjoyed it (though the part with Frank was a little scary…for me). I’m looking forward to seeing “Cars 2” with my son on June 24 (two words – Finn McMissile!). Yet I won’t have to wait that long to experience “Cars,” especially with the Downtown Disney Car Masters Weekend coming up on May 13-15. The weekend event sounds awesome (I used to attend car shows with my father while growing up in Columbus, Ohio). To celebrate this special Pixar-filled weekend, we made arrangements to release select “Cars 2” merchandise ahead of the national street date. I have a special look at several new items coming that weekend.

There will be three new youth shirts with original artwork created for Disney Parks. I love the bold, colorful graphics on the shirts! It looks like I’ve found what my son will be wearing next. 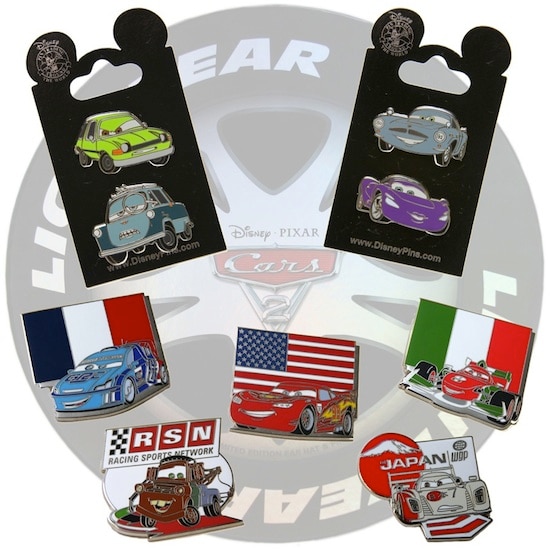 We will also release new pins including “two-on-a-card” pins featuring Finn (my favorite) with Holley Shiftwell and Professor Z with Acer. A mystery pin set is scheduled for release that weekend, too. Each set will contain two randomly selected pins from the 10-pin collection. I selected my favorite five pins for the image above.

There are some items that I am unfortunately unable to show yet – the new die-cast toy cars. Cody Hampton, Associate Developer for Toys and Games, shared some details of these new items.

“The new die-cast toys were created by Mattel and expand upon the ‘Cars’ universe with new characters,” explained Cody. “There will be 16 individual cars for the initial release. Each car will retail for $6.95. We are also introducing six different two-car sets and each contains an ‘exclusive vehicle’ found only in the set.” 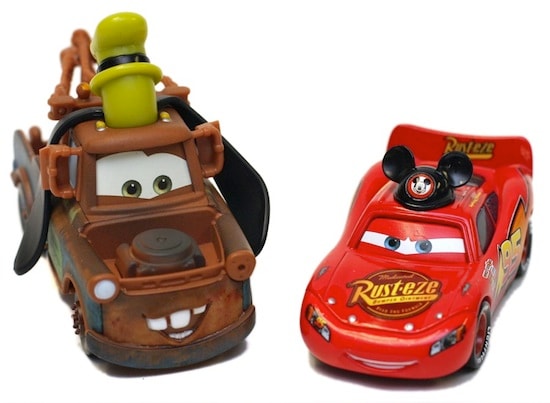 While I can’t show the newest die-cast cars, I can show Mater and Lightning McQueen from the new “Cars in the Parks” line. This art program places characters from “Cars” at Disney Parks, and they inspired a recently released Disney ear hat featuring Tow Mater sporting a Goofy hat (to which I fully expect to see being worn during the Car Masters Weekend). 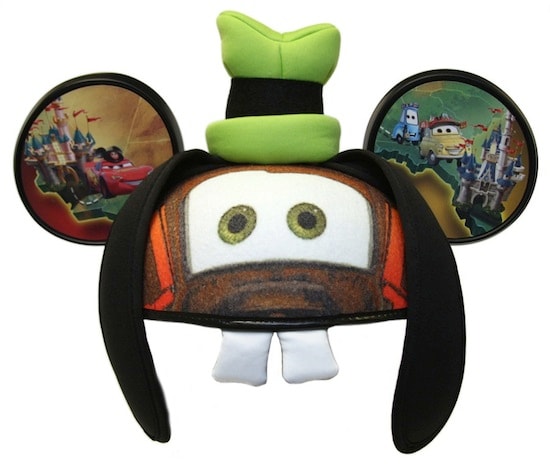 These select merchandise items will be found at D Street and DisneyQuest Emporium located at Downtown Disney West Side starting May 13. Select items will also be carried at Once Upon a Toy and World of Disney located in the Downtown Disney Marketplace.

While I am doubtful I will find an actual Finn McMissile car during the weekend (I’m in the market for a new automobile), I hope to see you at the finish line.