What magical moment has a Disney cast member created for you?

This question has been on my mind since I took my son to visit Disney’s Port Orleans Resort – Riverside over the weekend for a snack and a stroll along the resort’s Sassagoula River. This resort holds a special place in my memory, as this was the first place a Disney cast member went above and beyond to create a magical moment for my family.

This special moment took place in the early 1990s, when I was vacationing at the resort with my mom. Each night, after spending a full day at the parks, we’d walk our sore feet into the resort’s Riverside Food Court to pick up what we decided were the best peanut butter cookies either one of us ever had. Throughout our vacation, we returned night after night to satisfy our sugar fix.

On the last night of our stay, I remember remarking to my mom (in front of the group of cast members who had come to know us and our nightly purchase), how much I’d miss these sweets when we returned home to Pennsylvania.

Twenty minutes after returning to our resort room, we heard a knock on the door and opened it to find a member of the Room Service team, standing there with a complimentary plate of a dozen peanut butter cookies and a pitcher of cold milk. We couldn’t believe our eyes!

The thoughtfulness of this surprise became the highlight of our vacation, and that is exactly the purpose of a “magical moment” – it’s an experience that cast members create for us guests that just blow our minds. They are the unbelievable acts of kindness that surprise us, delight us, and keep us coming back to create new memories. 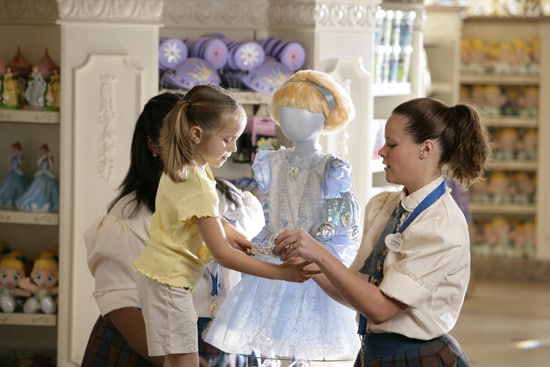 So now it’s your turn. What are some of the most magical moments a Disney cast member has created for you?