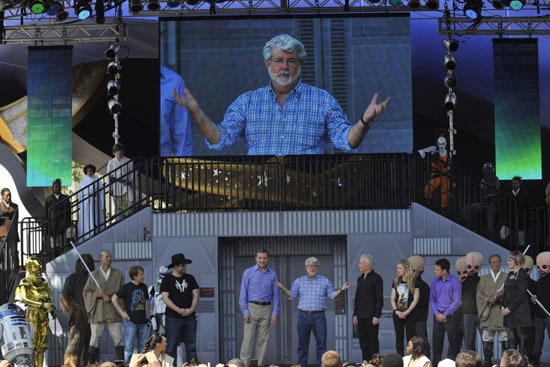 This week, the Force was indeed strong at Disney Parks. At Disney’s Hollywood Studios, thousands of people joined us in the park and online during a live webcast for the grand opening of “Star Tours – The Adventures Continue.”

During the celebration, two mysterious Jedi Knights revealed themselves as Walt Disney Company President and CEO Bob Iger and Star Wars creator George Lucas. See it for yourself in our original post. 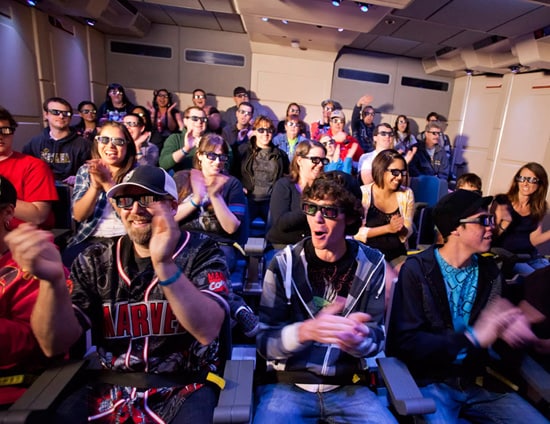 And at Disneyland park, 1,200 randomly selected Disney Parks Blog readers also had the opportunity to bring a guest for the special event to celebrate the upcoming Star Tours relaunch. Hundreds of fans lined up before dawn to be among the first guests to experience the new 3-D attraction and we shared photos from the event in Erin’s post. The attraction officially opens at Disneyland park on June 3.

Here are a few other stories from this week you should check out, including new video from Walt Disney Imagineering you can find in the links below:

Resort Honors Disney’s Horse History – Horace Horsecollar, Samson, Bullseye…we’ve named just a few of the horses you can find around the Walt Disney World Resort. Have you spotted any others around the parks?

Fantastic Experiences Await Guests on the Disney Fantasy: New Details Revealed Today – Can’t wait until March 2012 to experience the Disney Fantasy? We share a sneak peek at some of what you can expect to see aboard Disney Cruise Line’s newest ship.