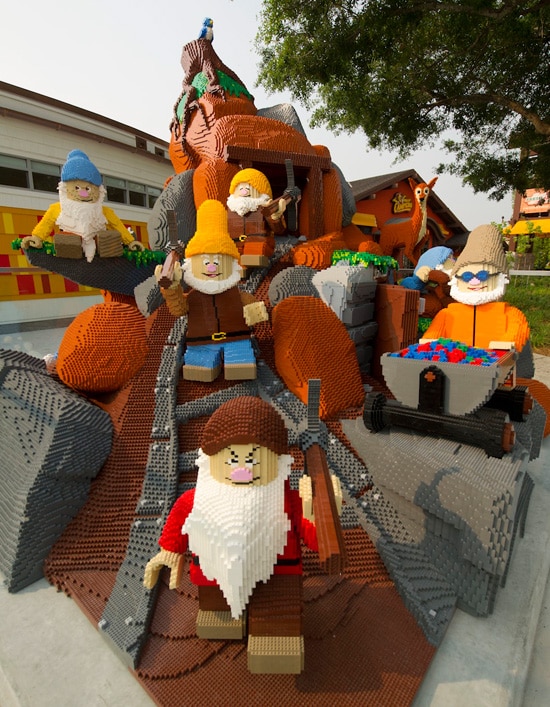 Impressive, huh? The latest LEGO creations at the Downtown Disney Marketplace at the Walt Disney World Resort are finished and certainly worth checking out. We shared a peek of the new creative sculptures, including my favorite “Snow White and the Seven Dwarfs” earlier this week. You can see more photos in Jennifer’s original post.

Disney Fantasy Atrium Lobby Will Dazzle Guests with Art Nouveau Style and Sophistication – We give readers a look at the Disney Fantasy’s Art Nouveau-inspired lobby and reveal a passenger you might recognize.

The New ‘Mickey’s Soundsational Parade’ Officially Starts Today at Disneyland Park – What better way to kick off the summer than with a drum line, whimsical floats and an array of musicians and your favorite Disney characters?