‘It’s a Tall World, After All’ – Dwight Howard Meets Chewbacca at Star Tours

NBA basketball superstar Dwight Howard, All-Star center for the Orlando Magic, stopped by Disney’s Hollywood Studios today and had the chance to visit everyone’s favorite Wookiee, Chewbacca. Dwight, who just captured his third consecutive “NBA Defensive Player of the Year” award (he’s the first player in NBA history to win the award three straight years) and finished second in the NBA MVP vote this season, was all smiles as he visited with one of the very few film stars who can say they stand as tall as the popular athlete. 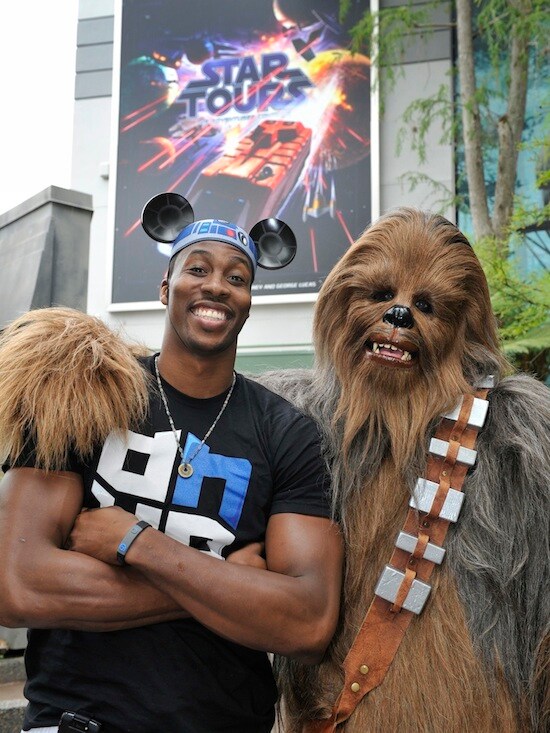 As Dwight was leaving Chewbacca, he even did his best impression of the Wookiee’s unique “voice” (which Chewie seemed to especially like!). Let us know if you, or someone you know, has a knack at Chewbacca’s famous voice, or any others from the famed Star Wars saga.