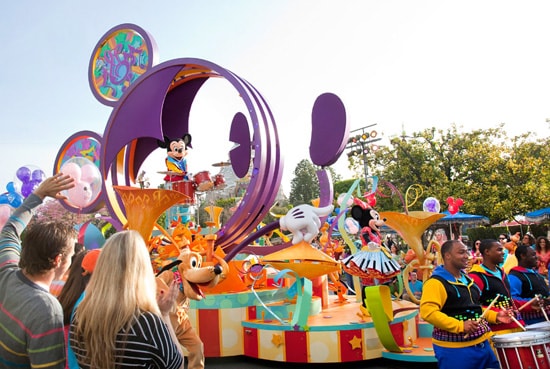 Music will fill Disneyland park tomorrow, when “Mickey’s Soundsational Parade” makes its debut. The parade will kick off Disney Soundsational Summer, which will also include the openings of The Little Mermaid ~ Ariel’s Undersea Adventure and Star Tours, along with new experiences at the Disneyland Hotel and Paradise Pier.

“Mickey’s Soundsational Parade” will feature favorite Disney characters, including Aladdin, Ariel, Peter Pan and more, all led by Mickey Mouse. With unique rhythms and instruments, they will tell the story of Disney music as drumlines, percussion teams and jazz horns bring a new energy to each storyline. 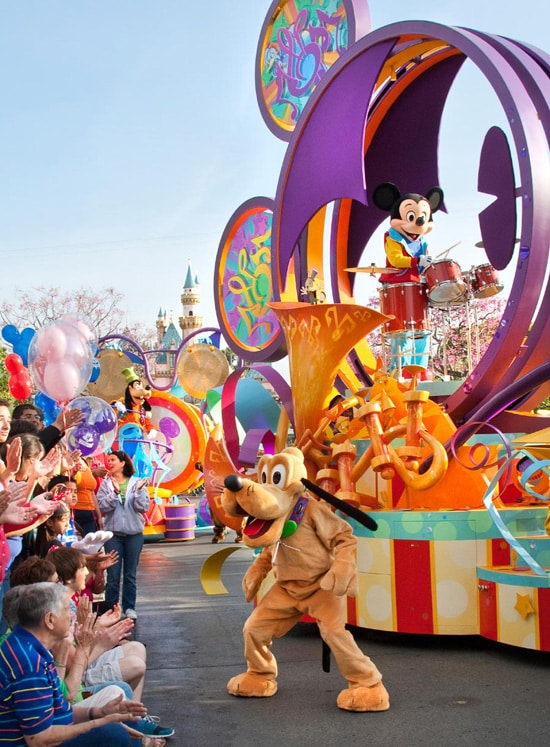 From there, the parade goes “Under the Sea” with a distinctly Caribbean-style sound including steel drums and marimbas, and on to the spicy sounds of Latin America with The Three Caballeros.

Next, a grand procession of Disney Princesses, including Belle, Sleeping Beauty, Cinderella and Snow White, is followed by Rapunzel’s tower rising overhead. Then, jungle drums sound the arrival of Simba, who is perched majestically atop Pride Rock. 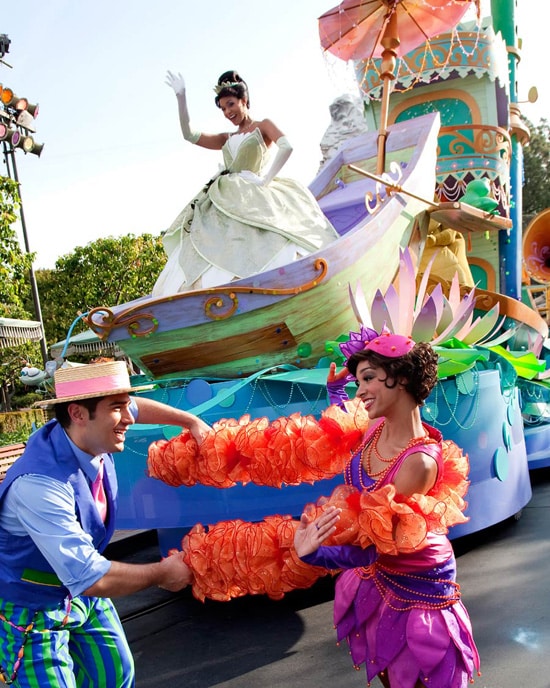 Princess Tiana glides past next on a classic riverboat surrounded by Mardi Gras dancers beating tambourines in time to a New Orleans jazz beat.

Adventure is waiting in Neverland as Peter Pan, Captain Hook and Mr. Smee are joined by Tinker Bell, who is playing a rhythm on mushrooms instead of drums. Finally, Mary Poppins and Bert bring “Mickey’s Soundsational Parade” to a close, along with chimney sweeps performing a broom dance amid the rooftops of London.