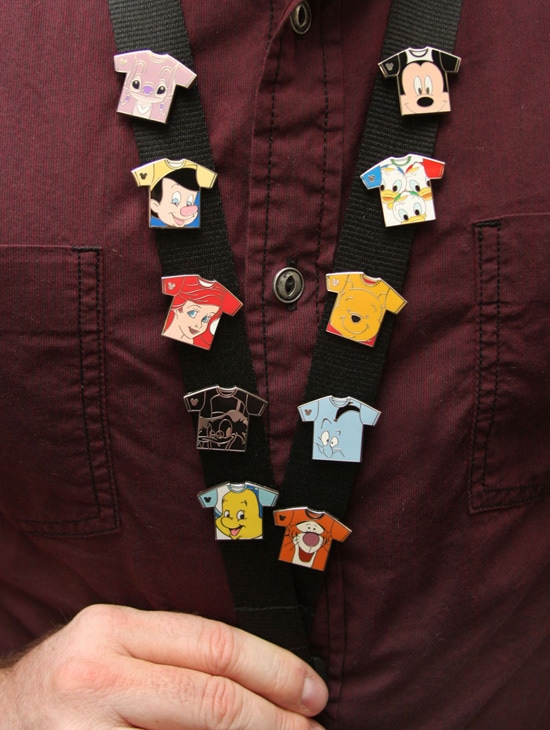 At the beginning of this year, I shared details about the new Hidden Mickey pins coming to cast members’ lanyards at Disneyland Resort and Walt Disney World Resort in 2011. I mentioned that this year we are releasing two “waves” of pins for each coast. I hope you have enjoyed collecting “Wave A” these past few months; “Wave B” will be arriving in July. Here is a brief look at what you may find during the remainder of the year. 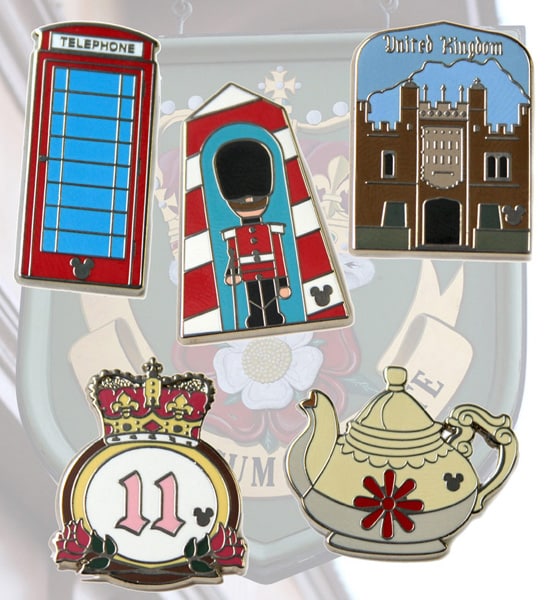 First, I’m happy to share a collection coming to Walt Disney World that was inspired by Courtney McBride, a retail guest service manager from Disney’s Contemporary Resort. In March 2010, Courtney was recognized for her outstanding leadership by her fellow merchandise cast members. I thought a great celebratory “prize” would be the opportunity to design a series of Hidden Mickey pins. I asked Courtney about the reason she chose to feature the United Kingdom.

“I love the United Kingdom,” exclaimed Courtney. “I’m a fan of British pop culture. When I visited the UK on holiday, I realized that many British icons represented in movies, television shows and artwork are part of the landscape. I think my favorite pin is the Rose and Crown Pub logo as it is one of my favorite places at Walt Disney World.” 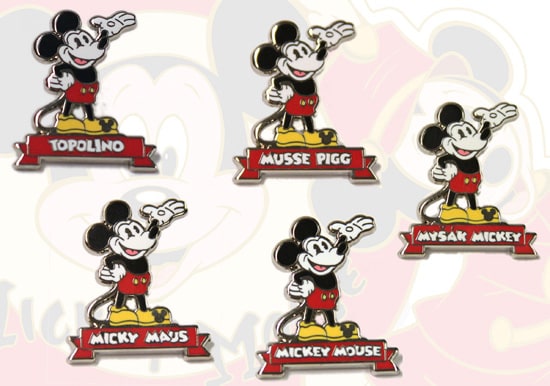 A set of pins coming to the Disneyland Resort features the one and only Mickey Mouse. The quote that inspired me was something like – “A Mickey Mouse by any other name is still Mickey” (then again, I may have been thinking of roses). Mickey’s pose was taken from a Mickey Mouse Club card from the 1930s. His name is written in Italian, Norwegian, German, Swedish and English. “Micky Maus” is my favorite. 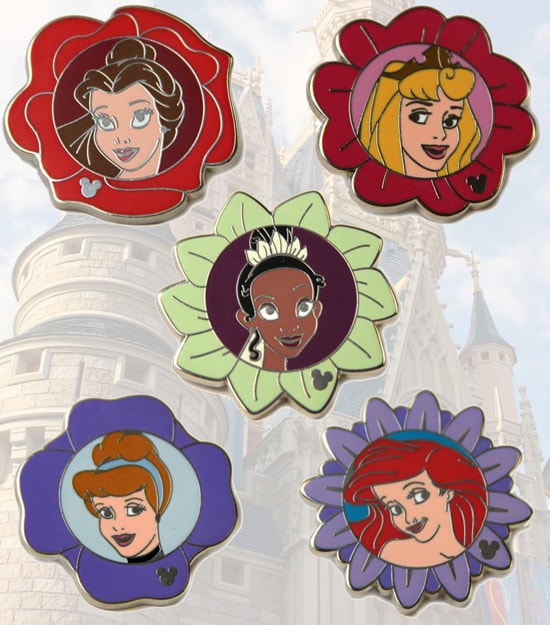 For years, I’ve included Disney Princesses in the Hidden Mickey collections. This year, it’s Princesses in flowers (see – I did have roses on my mind). The set will be released in Florida.

Finally, you will find additional tee-shirt pins being released in California and Florida (special thanks to Disney artist Monty Maldovan for being the model for the image at top). The artwork for these pins came from Tokyo Disney Resort in December 2008. After seeing the art, I immediately thought they would make great pins (especially with so many unique characters like Angel, Scrooge McDuck, Donald Duck’s nephews and Tigger).

Keep watching DisneyPins.com as we will update the site once the “Wave B” pins have been released for trading coming mid-Summer. Happy Trading!