Thousands of guests daily pass by a tall statue, cast in bronze, that stands in front of the Norway Pavilion at Epcot. The statue depicts a graceful runner in mid-stride. The larger-than-life bronze sculpture is of Grete Waitz, the famed Norwegian marathoner who won the New York City Marathon nine times and set world records along the way.

Last month, the world lost one of its greatest runners of all time when Waitz passed away in Oslo, Norway. A pioneer in women’s distance running, she was revered worldwide for her grace, generosity and humility. 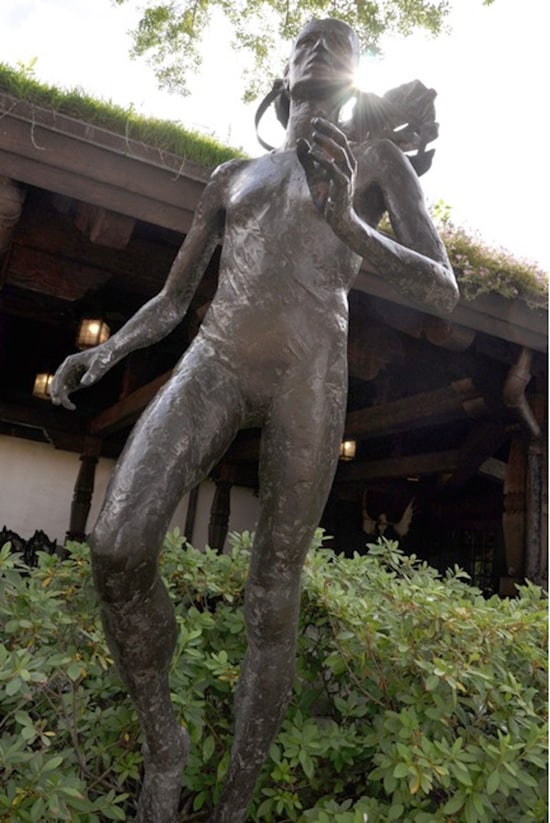 The statue, pictured above, at the Norway Pavilion was sculpted by Norwegian artist Nils Aas. It is the same as the one that also stands outside of Bislett Stadium, Waitz’s hometown stadium in Oslo. The statue was presented to Walt Disney World by The Foundation for the Promotion of Athletics in Norway, to honor Waitz’s lifelong support of women’s distance running, as well as her inspiration for young and physically challenged athletes.

With her lasting contributions to distance running, it’s fitting that runDisney events like the Walt Disney World Marathon chart a course right past Waitz’s statue.

Waitz is one of the very few historical figures to be honored with a life-size statue at Walt Disney World.

In addition to statues honoring Walt and Roy O. Disney (and many sculpted pieces of our famous Disney characters, as well as Audio-Animatronics figures honoring many throughout history) how many other life-size statues can you think of at Walt Disney World that pay homage to someone throughout history? Let us know in the comments.

(Here are a few hints: As mentioned above, there are not many of them. Several can be found in the Epcot World Showcase. Some do not honor a specific person, but instead are representative of a larger group. Finally, you need to look high and low to spot some of them.)