Take a Flight Back in Time with ‘The Mouse’

If you’ve ever experienced The Backlot Tour at Disney’s Hollywood Studios, chances are you’ve seen “The Mouse” – a white airplane with a Mickey Mouse icon on its tail. As the tour says, this airplane was used to fly Walt Disney on secret scouting missions over Central Florida when he was looking for the perfect spot to build a second theme park. 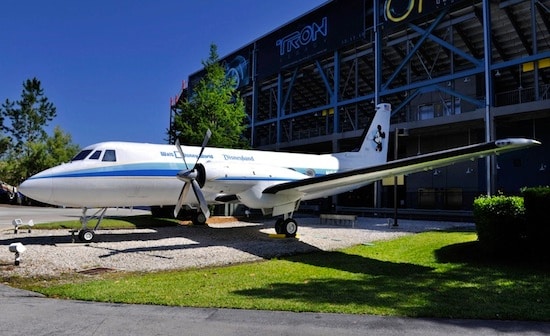 I’ve always been intrigued by this airplane and the important role it had in Disney history. After digging through our archives, it turns out the story behind this aircraft is actually much bigger than I ever thought. 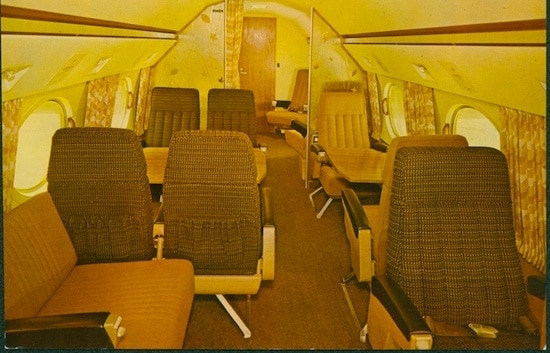 Walt purchased the Grumman Gulfstream 1 (G1) in 1964, and worked with his wife, Lillian, to select the plane’s interior design and color scheme. (Remember, this was 1960s fashion!). The plane seated 15 and featured a galley, two couches and a desk. Walt even designed his own special seat in the plane, which was in the rear left cabin. The seat was equipped with a special altimeter and air-speed gauge, which Walt added to satisfy his endless curiosity about flying. 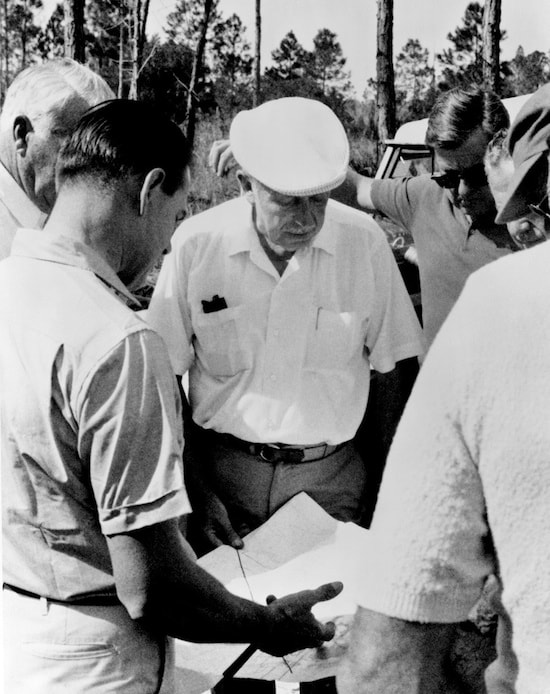 The plane’s first trips took Walt and his Imagineers to and from California and New York to oversee the final preparations for Disney’s contributions to the 1964 New York World’s Fair. Later that year, Walt (pictured above, center) began surveying land in Central Florida, considering the site a possibility for his second theme park.

The plane also led Walt (literally) to find inspiration for the look of one classic Disney attraction. According to Mark Malone, son of Pilot Chuck Malone, Walt spotted El Morro fortress while flying over San Juan, Puerto Rico, and remarked that it would be the perfect look for his new Pirates of the Caribbean, which at the time was still in the planning phase. 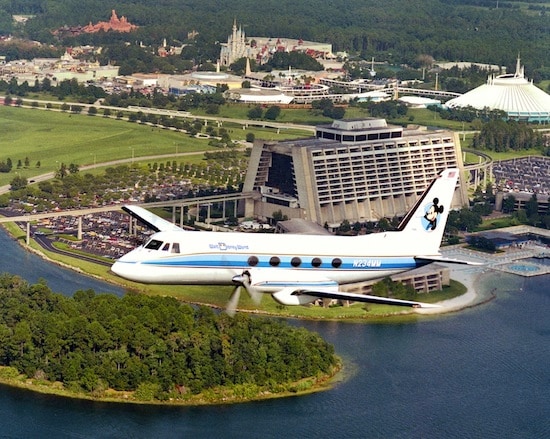 In addition to taking Walt on his secret trips, the plane also took Disney characters on goodwill tours and visits to children’s hospitals around the United States. An estimated 83,000 passengers have flown aboard the plane, including Disney animators and several famous faces, including former Presidents Richard Nixon, Jimmy Carter and Ronald Reagan, as well as Disney Legends Julie Andrews and Annette Funicello. 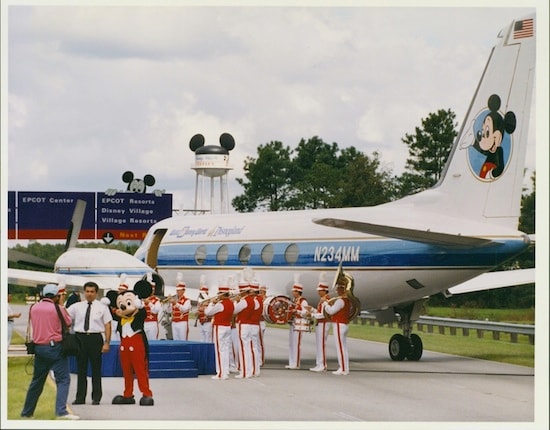 The airplane’s last flight took place Oct. 8, 1992, when it touched down on World Drive, west of Disney’s Hollywood Studios, and was added to The Backlot Tour for all to enjoy.