The Force is Strong at Disney’s Hollywood Studios 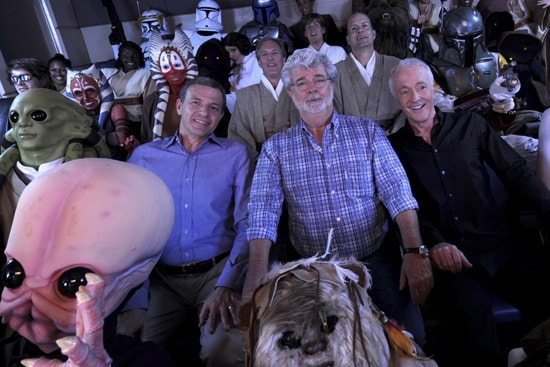 Anyone who has been lucky enough to witness the opening of a major Disney attraction isn’t likely to forget the experience anytime soon. This was exactly the case for the Disney Parks Blog team and thousands of spectators earlier today when “Star Tours – The Adventures Continue” debuted at Disney’s Hollywood Studios – in a way that was truly out of this galaxy. 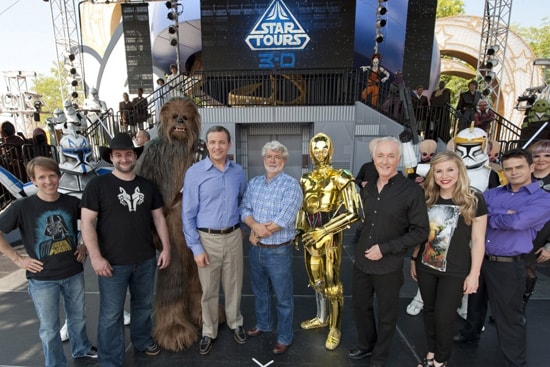 The celebration kicked off with a procession of Star Wars characters through the park. Bree Starlighter, host of the ceremony, welcomed the crowd and introduced actor Anthony Daniels, who portrayed C-3P0 in the films. 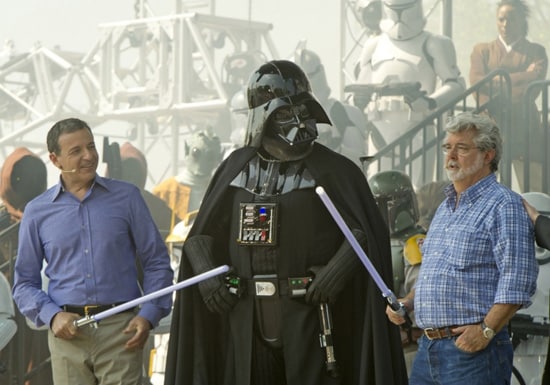 The fun was suddenly interrupted by a team of stormtroopers, followed by Darth Vader, who vowed to stop the opening at all costs by placing a force field over the attraction. Two brave Jedi Knights stepped in to fight back – and later revealed themselves as Walt Disney Company President and CEO Bob Iger and Star Wars creator George Lucas. 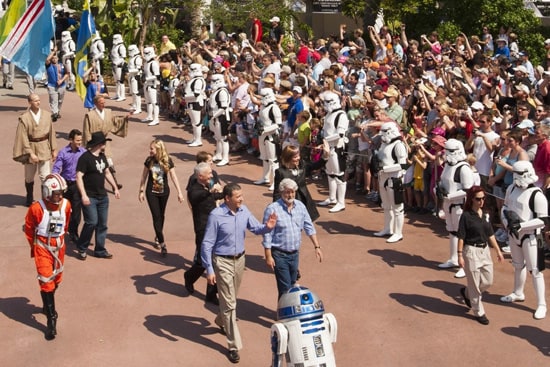 With some help from R2-D2, the forcefield was removed and the attraction opened to all guests.

Based on the Star Wars film franchise, the attraction takes guests on a wild 3-D adventure to multiple Star Wars destinations where they interact with famous faces from the film series.