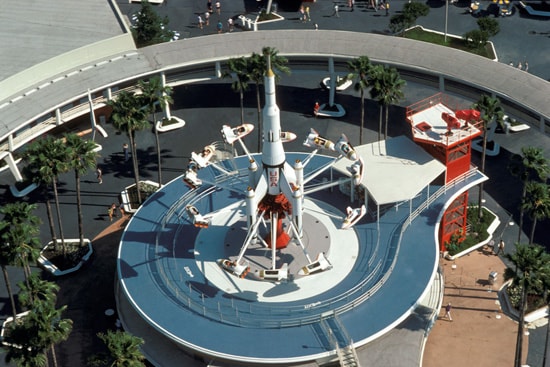 When the Space Shuttle Endeavor launched earlier this week, I began thinking how cool it must be to be strapped into the space shuttle as it hurdles itself into outer space. Of course, here at the Walt Disney World Resort you can have a similar experience over at Mission: SPACE at Epcot. But the Magic Kingdom Park has offered guests the thrill of “space flight” since Nov. 28, 1974. Here is a photograph of the original Star Jets from Tomorrowland in July 1977. It is quite a stark comparison to what guests see today when they board the Astro Orbiter, which opened in 1994 and added a solar system to the Magic Kingdom Park skyline. 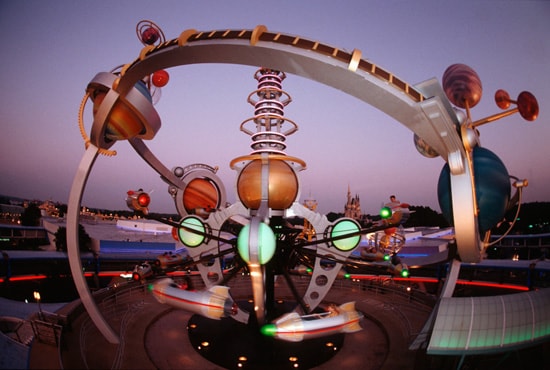 While I never had the opportunity to take a spin on the original Star Jets, I finally took flight on the Astro Orbiter, believe it or not, just three years ago. I’m not sure why it took me so long, but it sure is fun to fly high above Magic Kingdom Park.