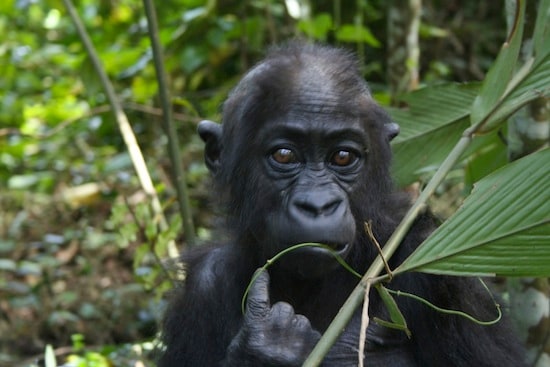 Last summer, it was my pleasure to share an update on the first-ever rehabilitation facility in Africa for rescued orphan eastern gorillas, called GRACE (Gorilla Rehabilitation and Conservation Education Center). To build GRACE, Disney’s Animal Programs teamed up with the Dian Fossey Gorilla Fund International, the Pan African Sanctuary Alliance (PASA) and the Disney Worldwide Conservation Fund. GRACE’s mission: to rescue, rehabilitate and reintroduce orphaned gorillas back into their native habitat.

Since then, much has happened, including the creation of three wonderful videos. Here’s the first video, which focuses on the gorillas themselves.

You can’t help wildlife without the support of the people in nearby communities – the second video, which will be posted on May 11, focuses on the people of the eastern Democratic Republic of Congo who make their home near GRACE. Also critical to saving endangered species like gorillas is saving habitat, and the third video (to be posted May 18) features our company’s efforts to protect threatened forests.

Each year, the gorillas at Disney’s Animal Kingdom help thousands of guests to connect with wildlife. We’re very proud also to be able to help save gorillas in the wild.

To learn more about Disney’s commitment to conservation, visit www.disney.com/conservation.

For more on Disney’s conservation efforts, see these posts: