Disney cast members are well-known for providing legendary guest service, which is admirable, but I find their compassionate spirit to be equally impressive. Outside of work, many of my fellow colleagues are making a difference in their communities through the Disney VoluntEARS program. 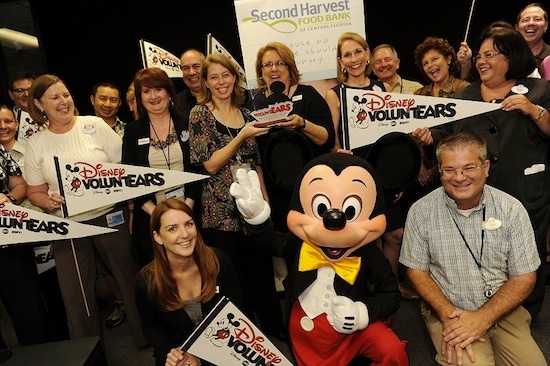 From coaching Little League to caring for rescued animals, Disney VoluntEARS gave more than 228,000 hours of their time and talents last year for the benefit of everyone in Central Florida.

This month, in recognition of these efforts, The Walt Disney Company is giving a total of $686,950 to the charities and causes that Walt Disney World cast members care about most.

Approximately 887 Walt Disney World VoluntEARS are being honored with EARS to You grants, which are financial contributions of up to $1,000 for the charity of their choice. Disney dollars will go toward 394 local nonprofits representing a wide array of worthy causes. Top recipients include local chapters of the American Cancer Society, Give Kids the World and the SPCA of Central Florida. 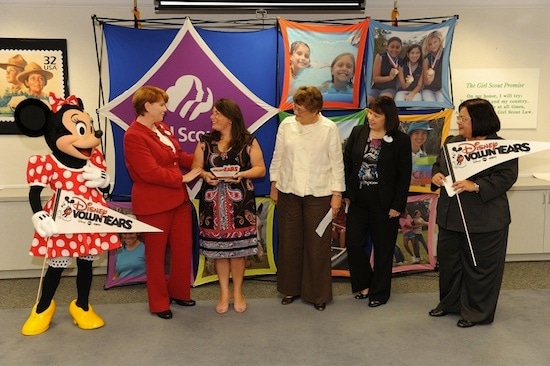 In keeping with this idea of gifts that keep on giving, Walt Disney World had some special surprises in store yesterday as it recognized its top VoluntEARS with coveted awards and charitable contributions.

High honors were given to Judy Hughes as 2010 VoluntEAR of the Year and Disney’s Theme Park Merchandise Team as the 2010 VoluntEAR Team of the Year. Both received $2,500 cash donations which they chose to give to the Girls Scouts of Citrus Council and the Second Harvest Food Bank of Central Florida. Check out the video below to see the highlights.

Congratulations Disney VoluntEARS – you rock! Cheers to you who earned EARS to You!