If you enjoyed watching Disney Parks dreams come true in the Bradburn family’s backyard on HGTV’s “My Yard Goes Disney” – then great news, that was just the beginning! 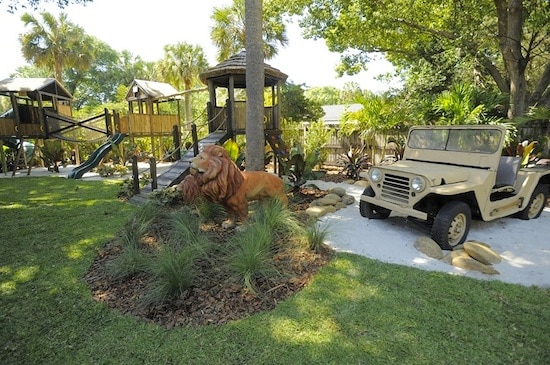 Tonight’s episode features the Parker family, and we think you’ll love how the show’s creators worked to bring the magic of Disney’s Animal Kingdom roaring to life behind their home. The centerpiece of their yard is a very large, very old tree – and it brought our own Tree of Life at the park to mind immediately. But it isn’t the only connection to this special place. 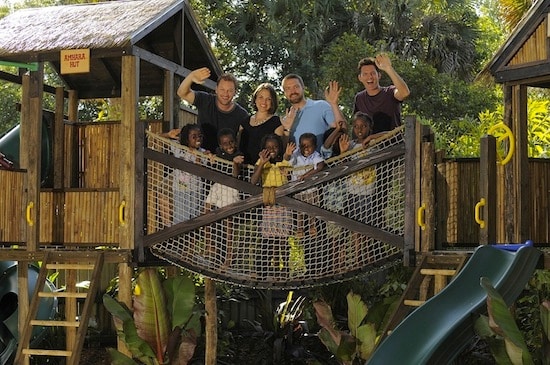 You see, this extraordinary family has adopted six – yes, you read that right – six children from different regions of Africa. The HGTV Designers, taking inspiration from our own Imagineers, bring Disney magic from the park into their yard and at the same time, work in fantastic touches that pay tribute to the children’s home country!

The day we filmed with the family at the park was so much fun. Our team loved hanging out with this energetic bunch. You’ll see footage of them playing in Dino Land – and that was the hardest part of the entire shoot: trying to wrap it up. The kids didn’t want to stop playing!! But as you’ll soon see, they now have a pretty cool Animal Kingdom of their own to jump around in.

I love getting to share some “backstage magic” with you, so here are a couple of “behind-the-scenes” photos from filming. I especially love the shot from one of Disney’s Animal Kingdom’s best-kept-secret locations – Lower Bradley Falls – where the Parkers saw their backyard plan revealed for the first time. 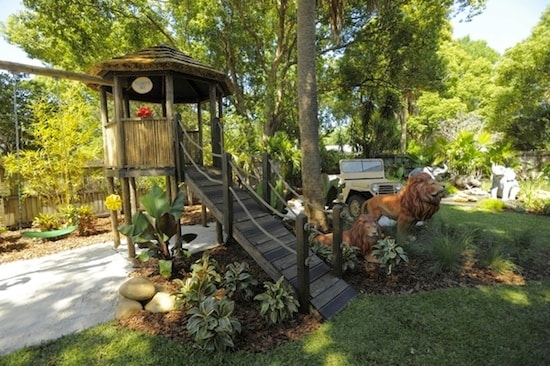 Finally… your response to the first episode of HGTV’s “My Yard Goes Disney” has truly been overwhelming. We LOVE your ideas for Disney-inspired backyards. Who knows? Maybe yours will be next, so we want to hear more.