It’s a supercalifragilisticexpialidocious privilege to join the Disney Parks Blog family! I hope you’ll join me in an ongoing journey through the magic of Disney Parks and their relation to music, films, TV and more — but especially music, since it was a labor of love to co-write “Mouse Tracks: The Story of Walt Disney Records.” It’s also an honor for my first entry to celebrate one of the greatest Disney stars of all time, Donald Duck. 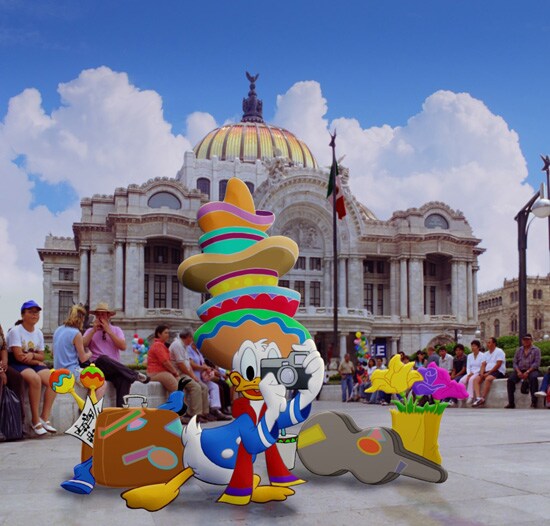 Our favorite feathered — and often furious — funny fowl would probably squawk if I reveal his age, but June 9 is his official birthday, coinciding with his debut in the Walt Disney animated short, “The Wise Little Hen.”

Donald’s appeal is that he’s so relatable. Life is full of frustrations and injustices, and while we must learn to choose our battles and restrain our tempers, Donald has no “edit” button on his combustibility. Yet his love of Daisy, his nephews, and even his loyalty to his Uncle Scrooge truly makes him a well-rounded character that seems more like a close friend or relative than a mere “character.” 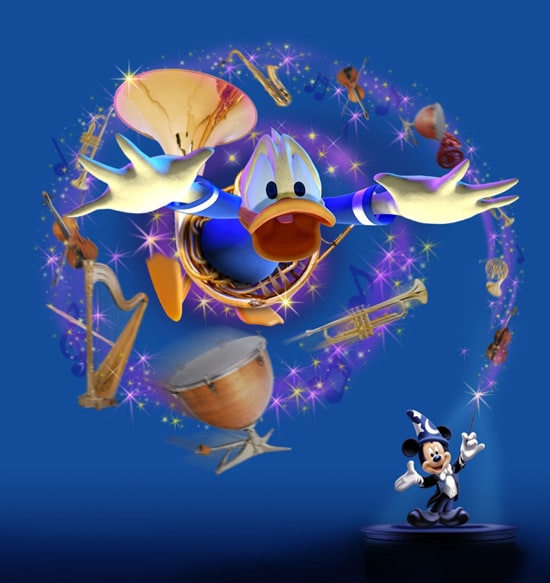 In his career, Donald has appeared in more theatrical feature-length films than any other Disney character, from “The Reluctant Dragon” to “Fantasia 2000.” Two of his greatest films were created as part of the “Good Neighbor Policy” between the United States and South America during WWII. “Saludos Amigos” and “The Three Caballeros” continue to delight all ages today with their innovative graphic styles, awesome effects and fantastic music (you can get a behind-the-scenes look at the making of these films in the superb documentary, “Walt and el Grupo”). There’s only one place on earth where you can journey through the worlds of these films: Epcot, at the Gran Fiesta Tour Starring The Three Caballeros attraction. To me, it’s one of the most charming and endearing Disney Parks attractions. All the animation and the live action you see on this journey were created especially for the attraction by some of the top talent in the business. “We’re very proud of how it all turned out,” Director George Scribner (who also directed Mickey’s PhilharMagic) told me. “It’s a little jewel.”

“It was really exhilarating to work with Donald Duck, Jose Carioca and Panchito on this kind of exuberant animation,” added iconic Animation Director Eric Goldberg, who was responsible for the Genie in “Aladdin” and most recently was supervising animator for Rabbit in Walt Disney Picture’s upcoming “Winnie the Pooh.” “It was really a dream assignment for all of us.”

And then there’s that great music, also especially recorded under the baton of Musical Director Richard Bellis. “He matched the score, note for note,” said Eric. “We recorded it in the famous Capitol Records building in Hollywood, where Frank Sinatra and Judy Garland recorded. You could hear the history coming off the walls.”

And for someone who’s usually “bouncing off the walls,” Donald must be one distinguished duck for such first class artistic treatment. Many happy returns, pal!