Everyone knows that special memories are made at Disney water parks every day – but what about world records? Yesterday, Disney’s Typhoon Lagoon Water Park served as one setting for the second-annual World’s Largest Swimming Lesson, an international event during which participants across the world head to all kinds of local swimming holes to attempt to break the Guinness World Record for the largest simultaneous swimming lesson ever conducted. 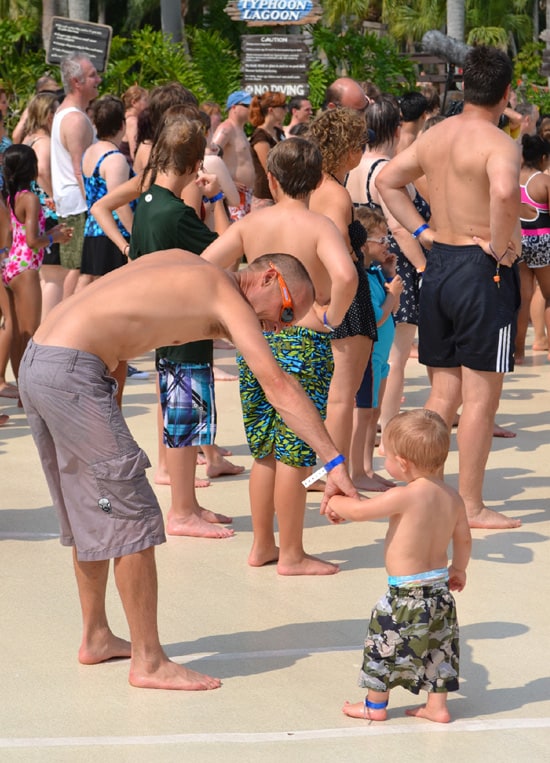 The event, which was presented by a coalition of the nation’s leading water safety and training organizations, was created as a platform to support public education about water safety and the importance of teaching children to swim.

The inaugural World’s Largest Swimming Lesson took place in 2010, with the record set at nearly 4,000 participants across 34 states, five countries and three continents. This year, more than 900 facilities across the world (including Disney’s Typhoon Lagoon Water Park) collectively set a new record by hosting an estimated 30,000 swim lesson participants for the lesson.