They may be turning 45 tomorrow, but the residents of the Primeval World diorama at Disneyland park don’t look a day over 250 million.

Having appeared at the New York World’s Fair two years earlier, the prehistoric creatures, brought to life through Audio-Animatronics technology, debuted at Disneyland park on July 1, 1966, and they’ve been fascinating and entertaining our guests ever since.

After seeing a video of Walt Disney talking about New York World’s Fair, I realized that we don’t have a lot of photography of this classic attraction in our archives, perhaps because it is only visible to guests as they make their way from Tomorrowland to Main Street, U.S.A., aboard the Disneyland Railroad, so I decided to “travel back in time [on foot] back to the fantastic Primeval World – land of the dinosaurs.” 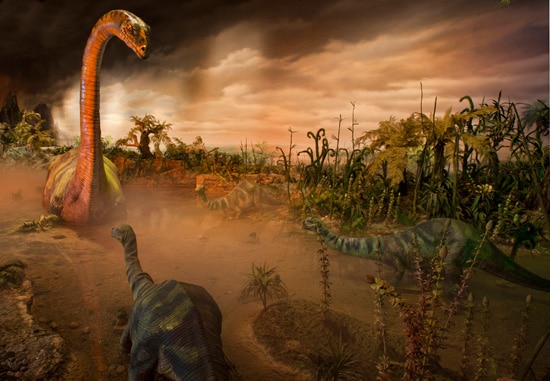 I remembered that in the video Walt talked about three baby Brontosaurus that were affectionately named Huey, Dewey and Louie, so I included them in my first photo. Not sure who’s who – any guesses? This photo from 1964 shows Walt Disney interacting with one of the baby Brontosaurus. 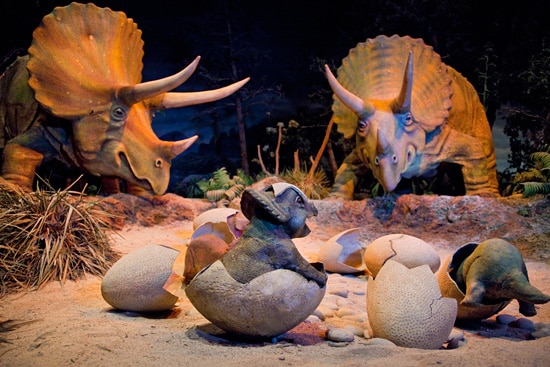 You can’t go wrong taking baby pictures when they’re as cute as these Triceratops. I’ve always been impressed by the way this attraction looks riding by on the railroad, but seeing it up close you realize that the detail is truly amazing. 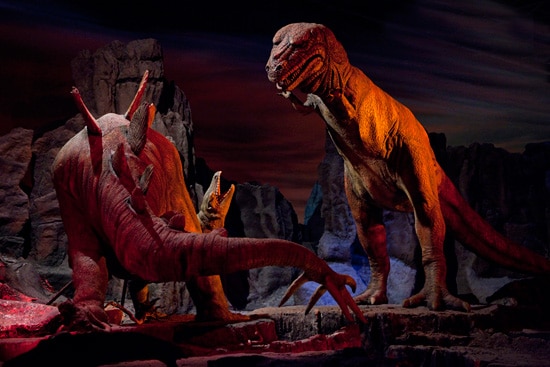 Taking this next photo was one of my highlights as a Disney photographer. I confess that I was actually relieved to see that the Tyrannosaurus rex and Stegosaurus were motionless and quiet when I showed up, because that was about all the realism I could handle up close!

If you like these photos from my trip back in time, I will share more next month.