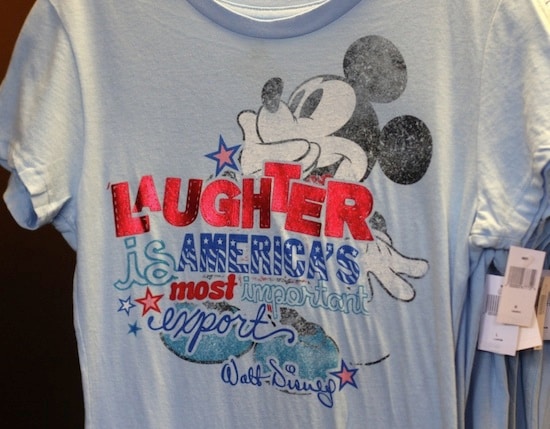 Walt Disney once said, “Laughter is America’s most important export.” I found that quote on a tee-shirt during a recent visit to Heritage Manor Gifts at The American Adventure in Epcot. I love reading quotes from Walt as they are often times filled with optimism, hope and joy. At Disney Theme Park Merchandise, we have used his quotes on a variety of merchandise items including hats, posters, shirts and more. 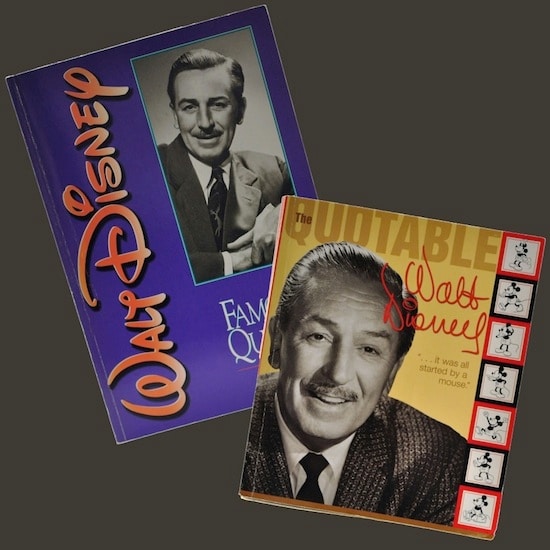 I’ve found most of the quotes that inspire me from two books pictured above. I’ve owned the now out-of-print, purple-covered one since the early 1990s. The other book pictured was first published ten years ago in 2001. Both contain quotes that I enjoy such as, “In bad times and good, I have never lost my sense of zest for life.” Another favorite quote is, “Happiness is a state of mind. It’s just according to the way you look at things.”

One category at Disney Theme Park Merchandise that loves using quotes is Disney Pins. In my previous role on the Pin Trading Team, I recall using that purple covered book as a source of inspiration for an entire themed event in 2006 called “Disney Pin Celebration – It All Started With Walt.” I found a few pins that give examples of famous quotes. 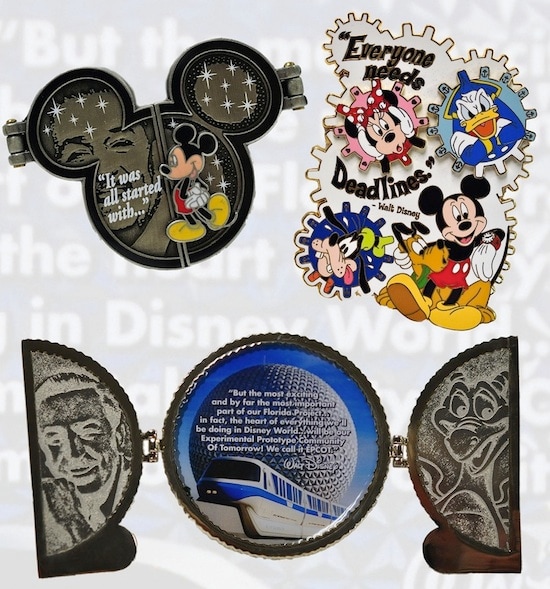 The hinged pin pictured above is one of our most popular open edition pins that, when opened, reveals an image of Walt Disney on Main Street, U.S.A., at Disneyland park. The bottom hinged pin is from the upcoming event in September 2011 called “The Florida Project” and contains a quote about my favorite Disney spot.

The last jumbo-sized pin pictured with the gears was released in 2008 at Disneyland Resort. It is the perfect pin for me right now as it reminds me to finish another article for the Disney Parks Blog.

What is your favorite quote from Walt Disney?