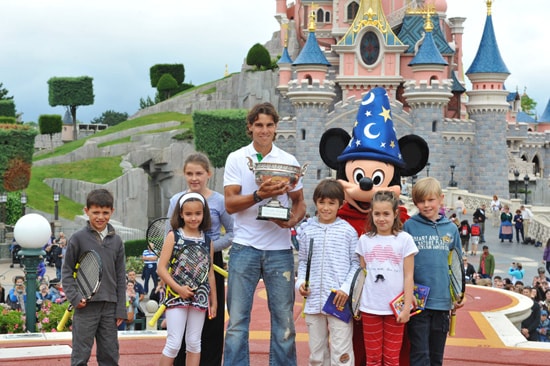 During his visit, Nadal waved to fans and signed autographs while enjoying the Magical Moments Festival and his favorite Disney attractions, such as Pirates of the Caribbean, Space Mountain: Mission 2, Tower of Terror and Crush’s Coaster.

Regarded as the new “King of Clay,” Nadal was once again victorious on Roland Garros’ clay courts, earning his milestone sixth French Open title, tying him with Björn Borg for most all-time.