Remembering Wally Boag at the Disneyland Resort, and a Tribute From Steve Martin 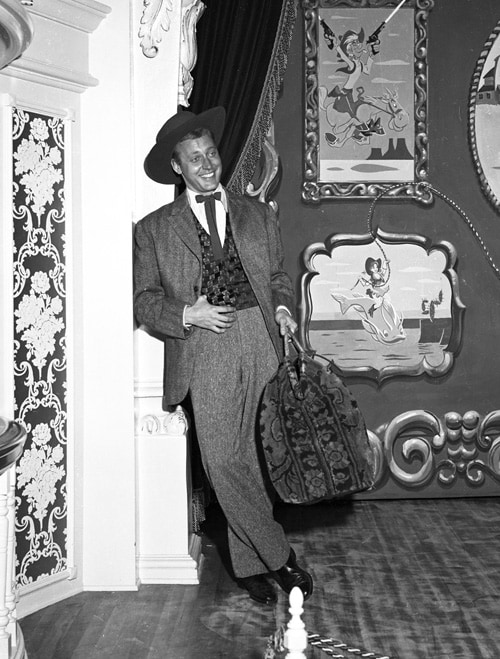 Last week we lost Disney Legend Wally Boag at the age of 90. Disneyland Resort President George A. Kalogridis spoke for all of us when he said, “The world’s stage has experienced a great loss in the passing of Disney Legend Wally Boag. Wally was instrumental in the development of live entertainment during the early years of both Disneyland park and Walt Disney World Resort. His characters will continue to live in the hearts of our guests, while his larger than life personality will forever make him the true ‘Clown Prince of Disneyland.’” 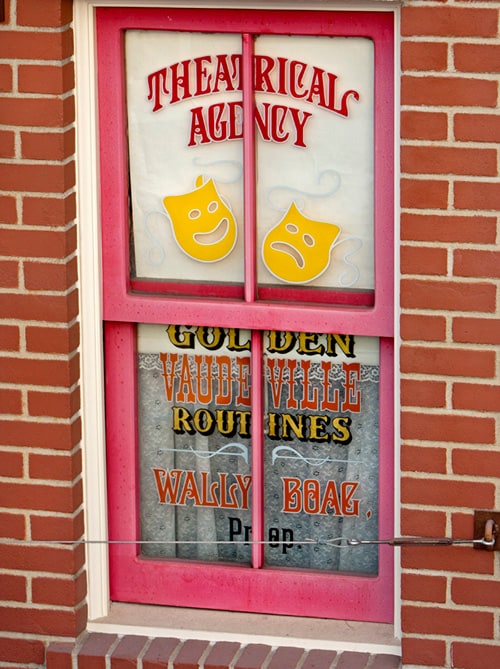 Beginning in 1955, Wally’s performances in the Golden Horseshoe Revue delighted Disneyland park guests for decades. He also brought his unique humor and comedic style to the Diamond Horseshoe Review at Walt Disney World Resort when it opened in 1971. In nearly 27 years on Disney Parks stages, it’s estimated that Wally gave between 39,000 and 40,000 performances. That is a lot of laughter for one man to generate.

Some of that laughter came from a young Steve Martin, a fellow Disneyland Resort cast member of Wally’s, and like him, a future Disney Legend. When I learned of Wally’s passing, I asked Steve if he would would like to share any memories of Wally, whom he described Friday as “my hero…my influence, a man to whom I aspired.”

Steve sent me the following tribute, which he originally prepared for Wally’s book, “The Clown Prince of Disneyland,” along with his permission to share it with you here on the Disney Parks Blog.

At the age of five, the only comedians I had seen were the ones that came through our black and white television set with rabbit-ear antennas that only seemed to work when my father was holding onto them. Laurel and Hardy, Abbot and Costello, The Marx Brothers and a variety of funny Western movie sidekicks like Gabby Hayes all graced our snowy and unreliable TV screen. It was nineteen-fifty and all these performers were from another era. Most of the films were made decades earlier and there was no sound of the audience, no feeling of laughter. The Marx brothers films had eerie and silent pauses before they said their next line – later I learned they were waiting so the movie theatre audience could laugh.

In nineteen fifty-five, when I was ten, our family moved to Garden Grove California, only two miles from the nascent Disneyland, a place that seemed to me like a distant Shangri-la. I had seen films of it on TV being built and I had seen photos in the newspapers of Walt Disney shoveling up the first bucketful of dirt. I had heard that Disneyland was hiring kids to sell The Disneyland News, and I sped on my bicycle two miles up Katella street to sign on. Somehow I was hired – I’m sure today’s labor laws would prevent my benefit-less employment conditions – and given a Gay Nineties outfit complete with striped shirt, bow tie and arm garters, and told to stand in front of the magic castle in Fantasyland where I hawked the in-house newspaper for several months – and never sold one. I did this job diligently, earning nothing, while my parents financed my lunches and Coca-Cola purchases.

A few months later I advanced to a superior job selling Guide Books and was stationed at the entrance to Disneyland. Here I was paid a handsome two cents per book which was a fortune. And the guests actually wanted and could use a guide book as opposed to the un-sellable Disneyland News and I started earning what was to a ten year old, some serious money. My hard work could easily bring me four dollars per weekend.

I also got to wander around Disneyland to my heart’s content. I could scrounge tickets to rides, sometimes finding them on the ground, sometimes a departing fat cat would slip me his remaining coupons. I would spend these coupons like a miser, carefully deciding whether to go on the Moon Rocket or Tom Sawyer’s Island with my valuable “E” ticket, or whether to use my economically sad “A” ticket on the horse drawn trolley or the motor car up Main Street, U.S.A. 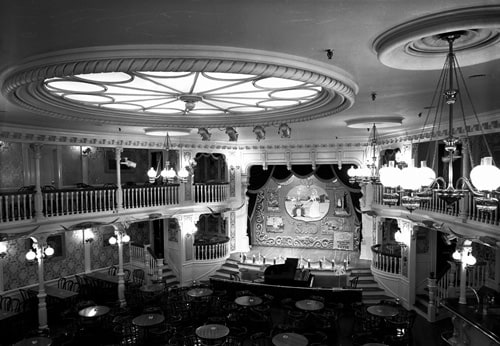 There was a curious place in Frontierland, The Golden Horseshoe, a saloon with a stage and finely decorated with the golden luster of an Opry House. The place was curious because it was free. All you had to do was stand in line and in a few minutes you were taken inside and treated to a very big show while you sipped Pepsi-Cola. There was a small band, waitresses in 1890s garb, some racy Can-can dancers, a singer and something I had never seen before, a live comedian in front of a live audience. The comedian’s name was Wally Boag and when he came onstage, I and every other member of the audience laughed ourselves silly.

Wally had something about him, an infectious happiness, and a mysterious something else I later learned was called comic timing. He was immensely likable and youngsters and oldsters responded with equal hilarity. There was a dose of naughtiness about him too, which worked well in the squeaky-clean Disneyland environment. 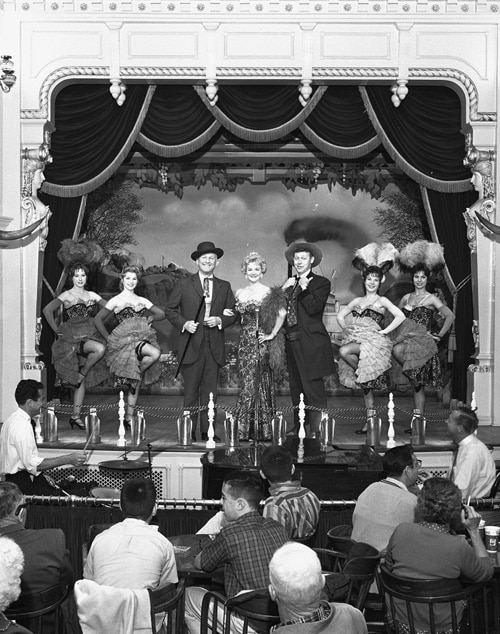 I became addicted to the show, and its four to five shows-a-day schedule meant that I could drop in practically anytime and watch Wally at work. After a while, I memorized every line and would recite them in my head as Wally spoke them, and I took delight in having the laughs appear, even though I had no role in getting them. I would monitor the rise and fall of the laughter, knowing that this joke would get a smaller response – but wait! – the next one’s a killer! I kept waiting for the day when Wally would have a cold, stub his toe or blow a tire and the stage manager would pull me from the audience and whisper, “Wally can’t make it; can you go on?” “Yes,” I would have said, “Yes, I can go on.”

I had no idea of how grueling five shows a day can be, but eight years later when I started on a similar schedule at the competitive Knott’s Berry Farm, I’m sure that Wally’s approach, which seemed as though he was doing the act for the first time, became a part of my performing style. Wally maintained an incredible freshness. He never seemed tired, bored, and when he left the stage for a costume change, the audience couldn’t wait until he reentered. Years later, when Wally allowed himself some time off, his replacements made me realize even more the extent of Wally’s talent and appeal. 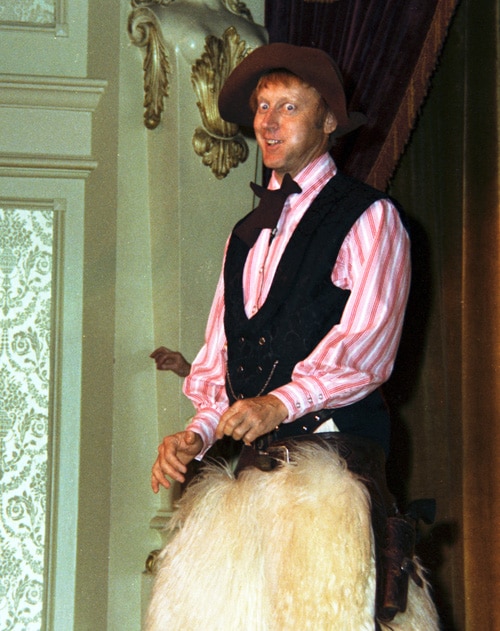 A few years later, when I started tentatively doing my own comedy magic act at the local Kiwanis clubs or whoever would hire me, I could feel the inspiration of Wally’s great silliness. One of my early comic bits involved making balloon animals – a la Wally Boag – except my animals were a mess.

So Wally, thank you. Thanks for being the first live comedian I ever saw, thanks for letting me train by watching you, thanks for teaching me about staying fresh and giving the audience all you’ve got. I like to think that as you inspired me, I might inspire some other kid who loves comedy.

In May 2005, Wally was on hand as Steve emceed the opening ceremony of “Disneyland: The First Magical 50 Years,” outside the Main Street, U.S.A., Opera House in Town Square. I remember seeing Wally enjoying the music of a Firehouse Five Plus Two “tribute band” playing before the ceremony. As Wally made his way to his seat in the audience, he even danced a little jig, much to everyone’s delight. Even at 84, Wally was still bringing smiles to Disneyland. I was so excited today when I found this wonderful photo taken by Paul Hiffmeyer of this special moment. 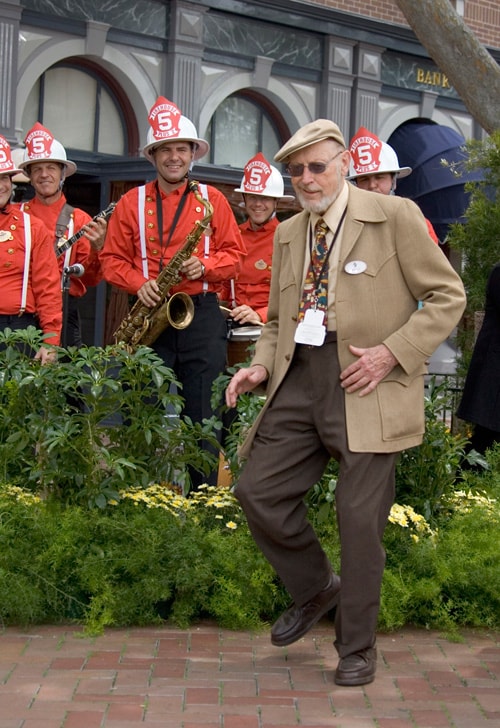 Later that year the two were reunited again when Steve was honored as a Disney Legend in a ceremony at Disneyland park. The photo we took that day of Wally and Steve is the last one we have of him, and looking at it today, with Wally’s big smile, it feels like the perfect curtain call for this legendary Disney showman who brought so much joy to so many people. 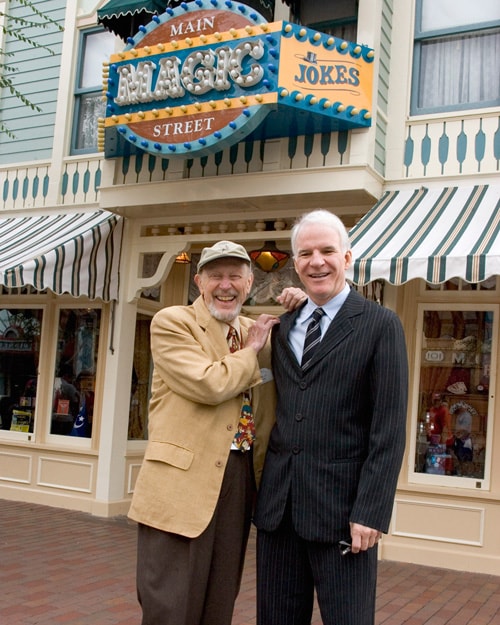 Thanks for the laughs, Wally.

If you’d like to learn more about Wally Boag, our friends at D23 have posted a wonderful look back at his phenomenal career, on and off the Disney stage. Later today, we’ll also be sharing some memories of Wally’s longtime Golden Horseshoe co-star, Disney Legend Betty Taylor, who passed away on Saturday.

Likes (1)
Share Remembering Wally Boag at the Disneyland Resort, and a Tribute From Steve Martin

Destinations: Remembering Wally Boag at the Disneyland Resort, and a Tribute From Steve Martin