I’ve always said that I have THE best job at the Disney Parks. As a producer, I get to make television dreams come true at the Walt Disney World Resort, the Disneyland Resort and Disney Cruise Line. Every day, I work with television networks, production companies, and incredibly talented filmmakers as they tell stories that feature the Disney Destinations. 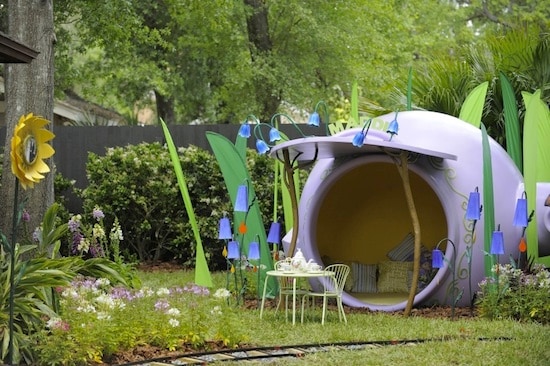 I’ve been at Disney for nearly seven years, and “My Yard Goes Disney” quickly became one of my favorite projects. As the series was being developed, working with the show’s creators has been such an exciting time. How about this for a fun gig: Planning magical days of filming in the Parks (and on the Disney Dream) that featured our families enjoying the very attractions and elements that inspired their future back yards.

The first episode, featuring the Bradburn family, took us to both the Magic Kingdom and Epcot. To watch the thrill in Tommy and Angie’s eyes as they got to meet one of the Walt Disney World Railroad’s train engineers up close and personal… or the extraordinary moment when daughter Maddie got to dance with Tinkerbell in the Fairy Garden at this year’s Epcot International Flower & Garden Festival…. These aren’t just memories that will last a lifetime for them, but for me as well. 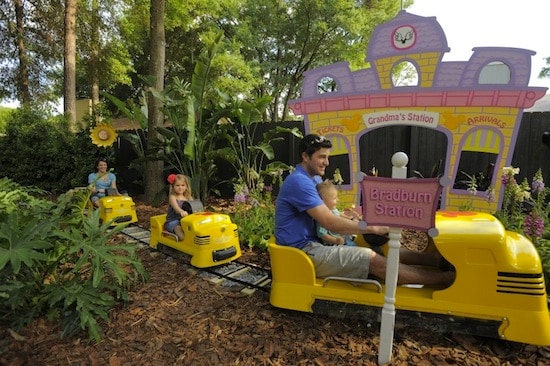 See how those memories went home with them in “My Yard Goes Disney,” on HGTV tonight at 8 p.m./7 p.m. Central. Here’s a sneak peek at tonight’s magical backyard transformation.

Check back here for a behind-the-scenes look at a backyard inspired by Disney’s Animal Kingdom. So, which Disney theme park would you want to see in your backyard? Please let us know in the comments.