The Force is Strong with The Muppets at Disney Parks 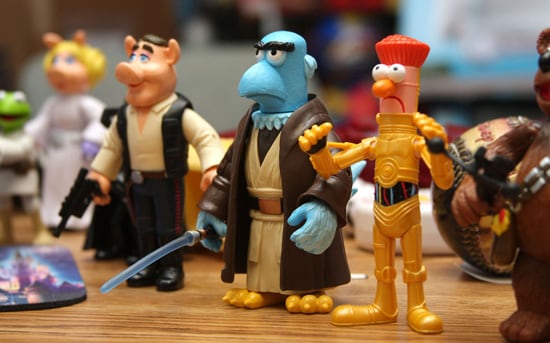 The other day while walking by Cody Hampton’s office, I saw something that made me return to my office and grab my camera. He wasn’t in his office at the time but I couldn’t resist the opportunity to take the picture shown above. Cody is the Associate Product Developer for Toys and Games and clearly he has a fun job (I mean who wouldn’t enjoy playing with toys all day?). He had just received the final production samples of action figures featuring The Muppets dressed as Star Wars characters. I later asked Cody about the figures which he meticulously lined up on his desk.

“These new Muppets figures are articulated unlike the figures we released a few years ago,” explained Cody. “The new figures will be sold as two-figure sets and will feature classic characters like Kermit the Frog and Miss Piggy.” 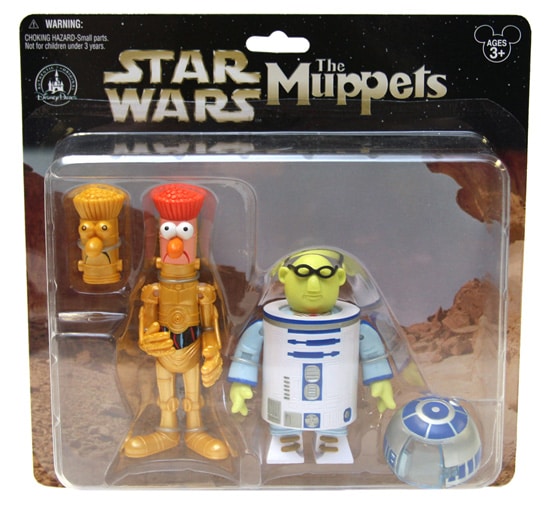 Cody shared with me an early mock-up of the packaging featuring Beaker as C-3PO and Dr. Bunsen Honeydew as R2-D2. The other sets will include Link Hogthrob as Han Solo with Fozzie Bear as Chewbacca, and (my favorite) Sam the Eagle as Obi-Wan Kenobi with Gonzo as Darth Vader complete with his chicken Camilla as a Stormtrooper.

These figures won’t arrive until Fall at Disneyland Resort and Walt Disney World Resort. If you are visiting Star Wars Weekends at Disney’s Hollywood Studios, you can see them on display in Jabba’s Hut, the specially-designed merchandise location near Disney’s Rock ‘N’ Roller Coaster.