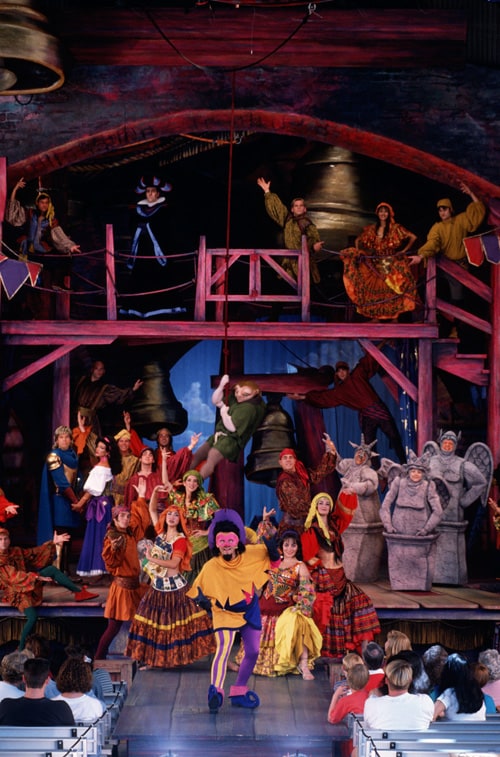 Fifteen years ago at Disney’s Hollywood Studios (formerly Disney-MGM Studios), the city of Paris came to life at the Backlot Theater as Quasimodo and friends took the stage for “The Hunchback of Notre Dame – A Musical Adventure.” This 32-minute show opened June 21, 1996 – the same day as the film did in theaters – and entertained guests until it closed on Sept. 28, 2002. 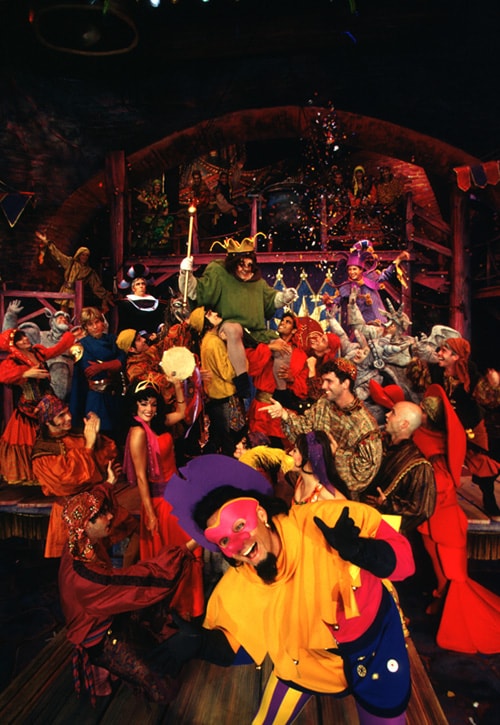 The show told the story of Quasimodo’s struggle against the villain Frollo and his feelings for gypsy Esmeralda, accompanied by a musical score recorded by the London Symphony Orchestra. Traveling from the Bell Tower of Notre Dame Cathedral to the streets of Paris for the Festival of Fools, the show featured all of the characters made famous by the movie throughout its seven scenes. During the show’s climax, pyrotechnic special effects were used onstage when Frollo set the city afire. 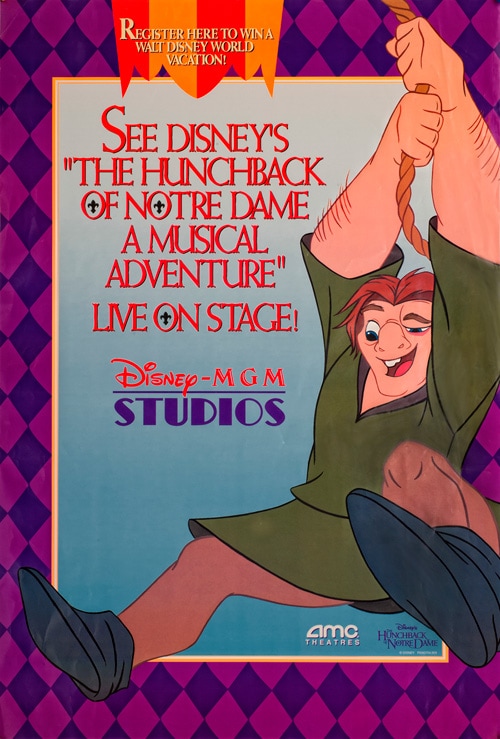 Even though I can’t experience this spectacular show any more, I can always join Clopin via DVD as he brings Quasimodo’s story to life.