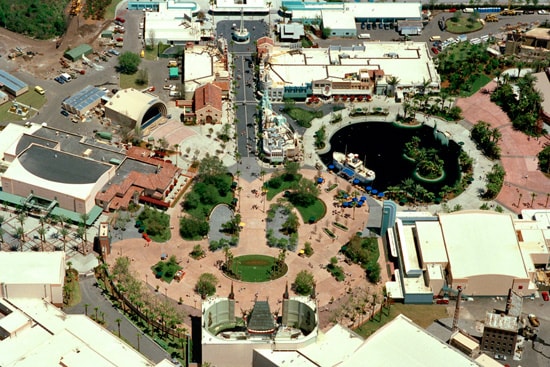 It’s hard to imagine a Disney’s Hollywood Studios without a right turn onto Sunset Boulevard leading straight toward the Tower of Terror and Rock ‘n’ Roller Coaster Starring Aerosmith.

But from an aerial view of the park back in March of 1989, you’ll see that the famous street wasn’t in existence during the park’s first few years. (Though if you look closely, you might be able to catch a glimpse of a very-famous Mouse.) 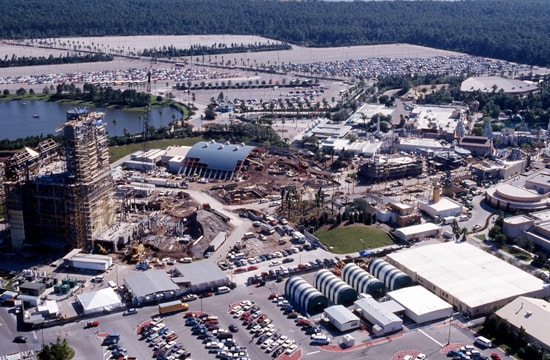 Here is a rare aerial look at Sunset Boulevard under construction in November 1993. From this vantage point, we can see the Theater of the Stars, where guests watch Beauty and the Beast – Live on Stage, under construction. And of course, on the left is the Hollywood Tower Hotel soaring 199 feet into the air in the midst of being built. 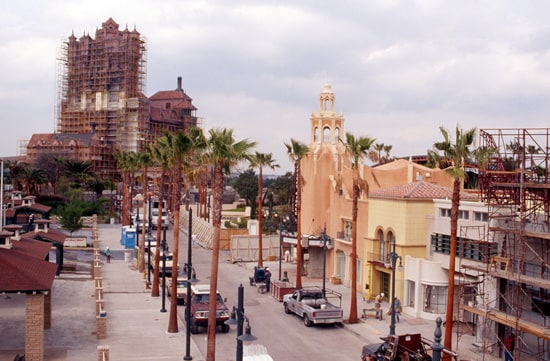 By March of 1994, the Boulevard was looking a little bit more like we know it today. Home to many famous Los Angeles landmarks, Sunset Boulevard had its official grand opening on June 12, 1994, forever changing Disney’s Hollywood Studios’ skyline and atmosphere.

Those screams coming from the Hollywood Tower Hotel make me smile every time I visit the park.