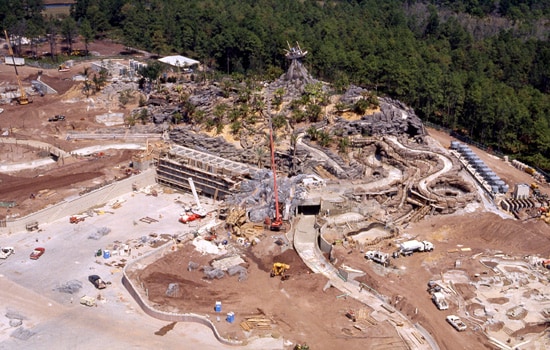 A must-do on any Walt Disney World Resort summer vacation is hitting a Disney water park. One of those parks that helps guests beat that summer heat is Disney’s Typhoon Lagoon, which opened 22 years ago this week. 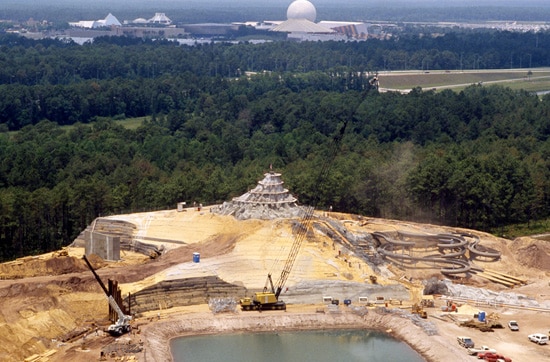 In the photograph above, we can begin to see Mt. Mayday come to life. This photograph from May 12, 1988, lets us in on a little-known fact: Before the Miss Tilly rested 95 ft in the air atop Mt. Mayday, an American flag stood in her place. You can even see the storm slides taking shape on the right side of the mountain. Plus, if you look off in the distance, you get a great shot of Future World in Epcot, 1988 style.

Ten months later in March 1989, Typhoon Lagoon was beginning to resemble more of the water park as we know it today. Miss Tilly had arrived from Safen Sound, Fla., and one of my favorite attractions, Castaway Creek, was starting to take shape. 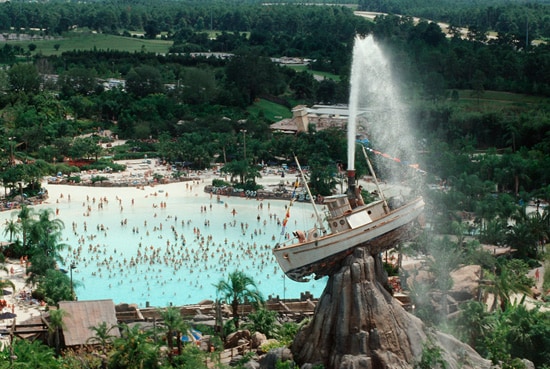 At the center of Typhoon Lagoon is the 109,000-square-foot surf pool where perfect six-foot waves cool guests off daily. Believe it or not, the surf pool holds nearly 3 million gallons of water – which may explain why I never did find my glasses after I lost them playing in the waves two years ago!