Fresh off his Indianapolis 500 victory a few weeks ago, IndyCar driver Dan Wheldon served as grand marshal in a parade at Magic Kingdom Park yesterday. And to top it off, it was his 33rd birthday. 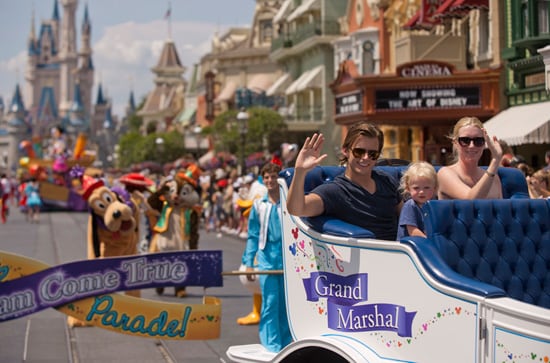 Wheldon, a British race car driver who lives in St. Petersburg, FL., is spending a couple of days at Walt Disney World Resort with his wife, Susie, and their two sons before heading back to the racing circuit where he also works periodically as a TV commentator.

Check out the video of his visit. Who wants to race him at Tomorrowland Speedway?