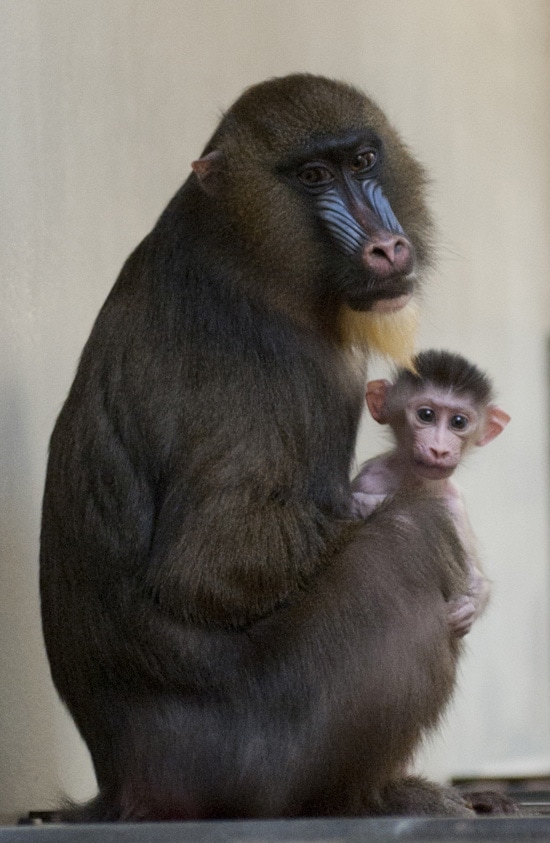 Native to Africa, mandrills are among the largest species of monkey in the world and are considered endangered. They’re known for their bright coloration, furry head crests, manes and beards. Adults also have thick purple and blue ridges along their noses, red lips and golden beards. Fans of Disney’s animated movie “The Lion King” might recall Rafiki, who was not only a colorful character, but a mandrill as well.

So far, our primate team members are encouraged by the bonding between mother and infant. The baby spends most of his day nursing and sleeping, and the primate team has been closely observing Kelley and her baby to ensure that all continues to go well.

Barb Weber, one of our primate zoological managers, reports that the new mom is very relaxed but protective. The primate team is pleased that young female mandrill Scarlett has taken a keen interest in the newborn, noting that this is a great experience for her because she is learning from the baby’s mom how to be a good mom herself. 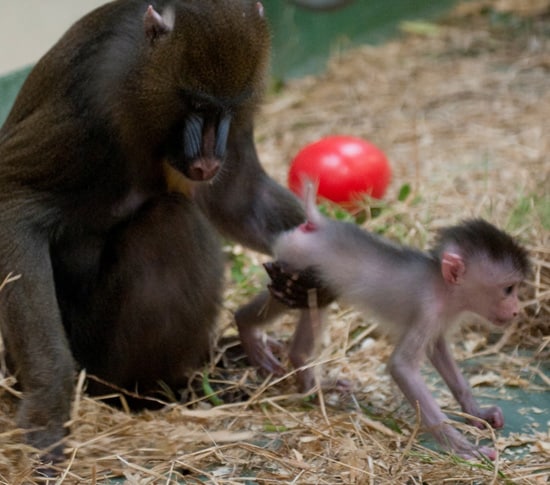 The baby and mom are starting to make short forays into their habitat on the Kilimanjaro Safaris, joining other members of the mandrill group. In these photos, taken by Gene Duncan, baby and mom are in their backstage home.