Are You A Disney Genius? Prove It! 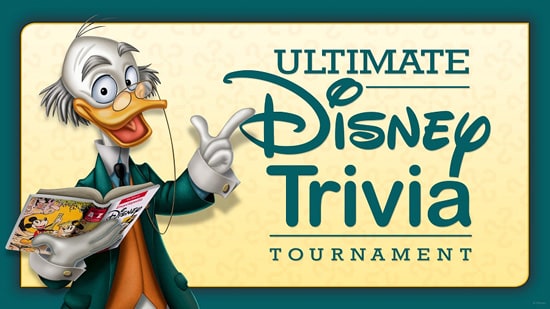 Can you recall the first three E-Ticket attractions at Disneyland Resort that premiered in 1959? Do you know how many Academy Awards were personally awarded to Walt Disney? Which was the first animated Disney film that Alan Menken composed music for? If you know even some of these answers, you may want to head to the Anaheim Convention Center on Thursday, Aug. 18, for the Ultimate Disney Trivia Tournament presented by Hasbro Trivial Pursuit: Disney for All Edition!

The final rounds will be held as part of the D23 Expo — the ultimate Disney event for fans and families! — on Friday, Aug. 19, and the winner of the Tournament receives a special preview cruise on the Disney Fantasy! Here are five sample Disney Parks-related questions to whet your appetite for the fun (answers at the bottom, so don’t cheat!):

The first round starts at 7:30 a.m. on Thursday, so rise and shine and remember what you learned in your “Disney A to Z!” Because you can’t win if you don’t play!

Likes (0)
Share Are You A Disney Genius? Prove It!